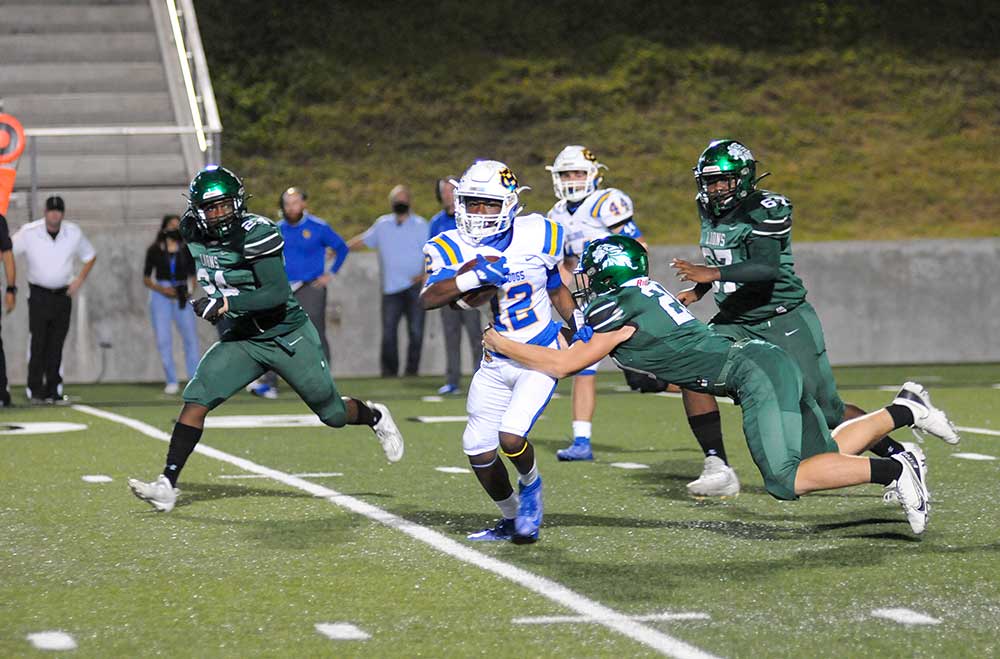 The first playoff trip in eight years for the Livingston Lions was a short one, as they were outscored 49-37 by the Tyler Chapel Hill Bulldogs Saturday night in New Caney.

The fourth seed in 9-4A Div. I found a way to score more points over the district champions from 10-4A than anyone else in 2020. It was the type of game that the district to the north has played all season — high scoring with defenses struggling to keep up.

“Too many big plays,” Livingston coach Finis Vanover said. “They shredded us on the quarterback run and the little guy (Kevin Brooks, 6-71, 2 TDs) popped it on us a couple of times — the back. Then they started using him as a lead blocker and we couldn't handle the big boy (quarterback Cameron Ford, 22-210, 5 total TDs). He made plays on us. The quarterback is a tremendous athlete and we knew we had to stop the quarterback. We couldn't protect the corner and everybody has said if you can't stop the quarterback from running, you are going to be in trouble. And we couldn't.”

The Bulldog offense was contained in the first half, with only two scores. The first was giftwrapped after a failed fake punt allowed the ‘Dogs to take possession at the Lion 25.

But the big plays began with the first snap of the second half. A tipped pass that looked to be intercepted by Lion defensive back Julian Gardner fell into enemy hands. The 93-yard scoring strike tied the game at 21.

“We thought we had the interception and then it was like we handed it to them,” Vanover said. “Instead of an interception and turnover and we're fixing to get a two-score lead, he's going down the sidelines and tied it back up. It was just crazy big plays and we made some big ones too. They are very talented, very athletic and they've got a good scheme. They survived a big test.”

The game was tied on five different occasions and both schools had opportunities to take control. Chapel Hill finally did, but it wasn’t until late in the fourth quarter. 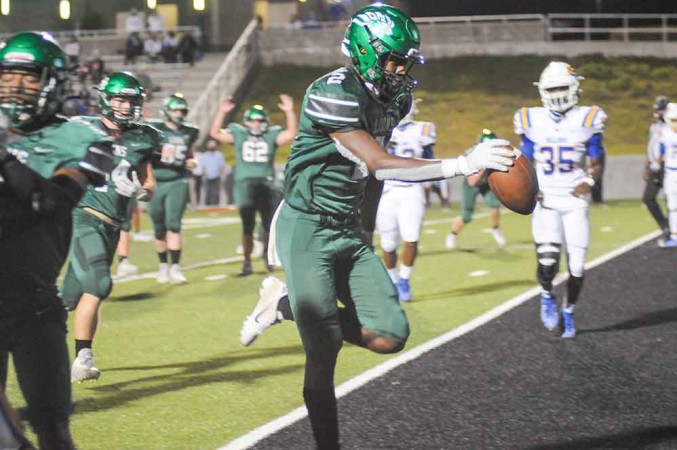 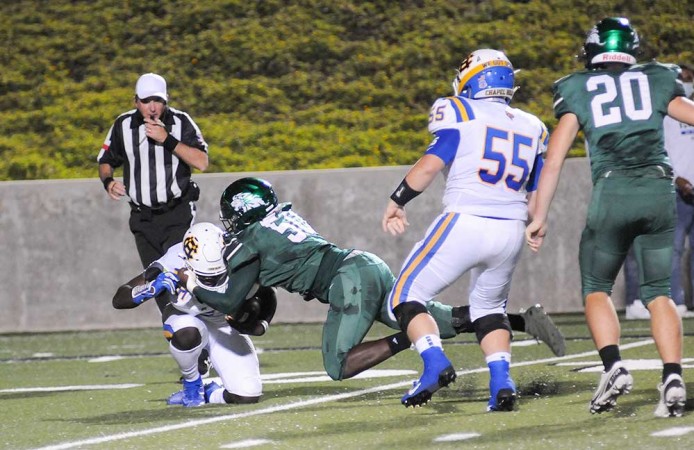 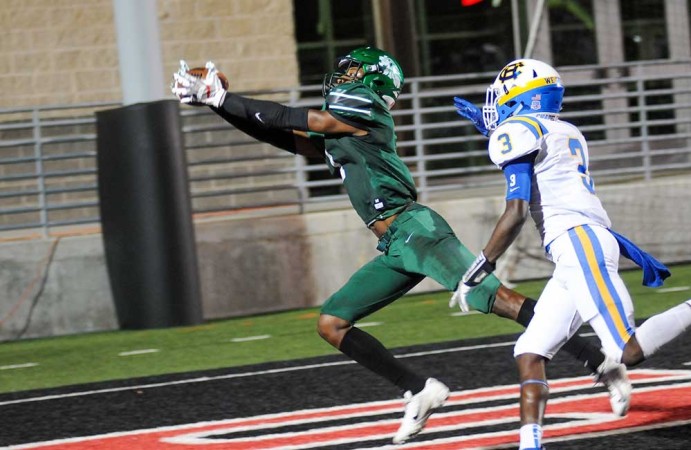 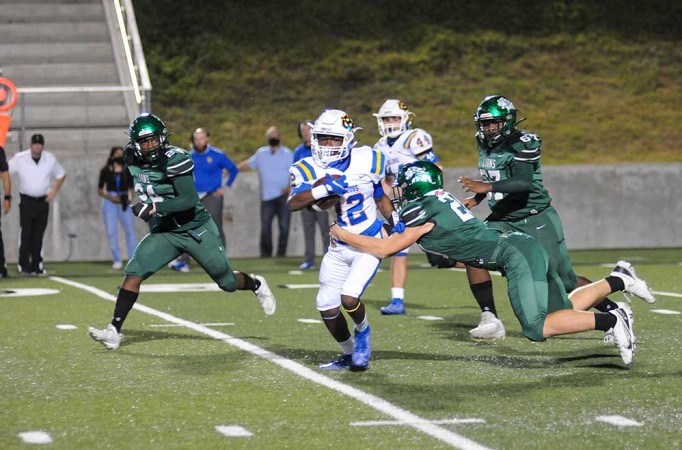 A slow start, combined with turnovers allowed the Bulldogs to remain in the game when it looked at any time Livingston could swing momentum.

“In a playoff game like this, you can't do that. We were just blowing our foot off by making bad decisions, bad throws, weren't covering, weren't tackling and just kind of looked like robots going through the motions. Once we got in the groove, we were back to our old selves again. That first seven minutes kills you when you are high-performance team like we are.”

Livingston’s Ja’Marri Green ran for 85 yards and two scores on 15 carries, Tank Johnson had 60 yards on 17 totes and Damian Ruiz led the team with 139 yards in just 10 attempts. Ruiz scored once on the ground and threw for two more, one to Izzy Enard and the other to Chris Washington.

Chapel Hill took their final lead with seven minutes left in the game on a 46-yard pass from Ford to Ilonzo McGregor. They solidified the advantage with just over two minutes remaining on a Ford scamper from 45 yards out. On the next Lion offensive play, McGregor struck again with an interception.

“We had an incredible year and we knew it was going to end sometime,” the Lion coach said. “We didn't think it was going to be this week and I truly thought we were going to win this game. Once we got in a scoring contest with them, I thought we still could. We started giving up those huge plays that we haven't been giving up this year. It's the playoffs. We go home with what might have been.”

Vanover said he was proud of his seniors for building what he hopes will be sustained success.

“What an unbelievable accomplishment. It did not end like we expected, planned, wanted, desired or prepared for. At some point in time, it's going to. There's only one team that is happy at the end of the season; everybody else is disappointed. But what they've accomplished is second to none in three or four decades. They played their hearts out. The seniors had a hand in it all year and tonight too. It has been a great year for those seniors and I couldn't be prouder for them, like Chris (Washington) who is been through all four years of the bitter wars and the horrors. They stuck to it and helped be a leader and kept everybody together.”