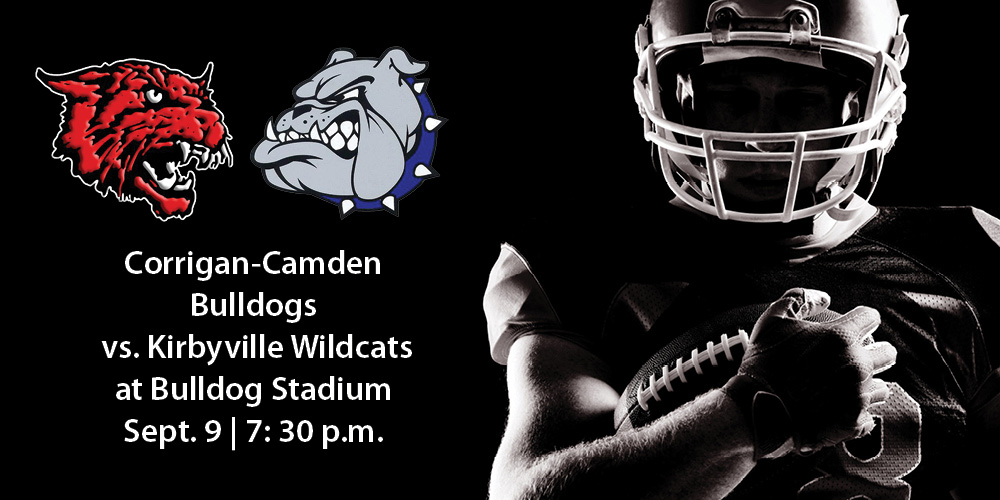 The (2-0) Corrigan-Camden Bulldogs will host the (1-1) Kirbyville Wildcats in a non-district game Friday.

The week-three matchup is expected to be the hardest test for the Bulldog defense so far, facing the power run of Kirbyville’s offense.

“[Kirbyville] will put you in a lot of different and unbalanced formations.” said Bulldog head coach Brett Ratliff. “So our primary focus is to avoid mental breakdowns, make sure we line up correctly on defense and trigger fast.”

Offensively, the Bulldogs are simply looking to gain more momentum and continue their game plan for the season.

The Wildcats are coming off a 33-24 home loss against the Diboll Lumberjacks last week, but won their season opener in a 52-0 shutout against the Trinity Tigers.

Although some of Corrigan’s coaching staff is familiar with Kirbyville in years past, it will be the first game between these teams in three years.

The Wildcats wing offense will be led in part by senior running back Azion Mahathy. However, it will be a challenge up front and for the secondary, according to Ratliff.

“[Mahathy] is an explosive guy. I think he is one of, if not, their best overall football player.” Ratliff said. “They are going to ground and pound, trying to lull you to sleep. Then, (they’ll) throw the ball and they have weapons on the outside. We have to make sure we are reading our keys and playing assignment football.”