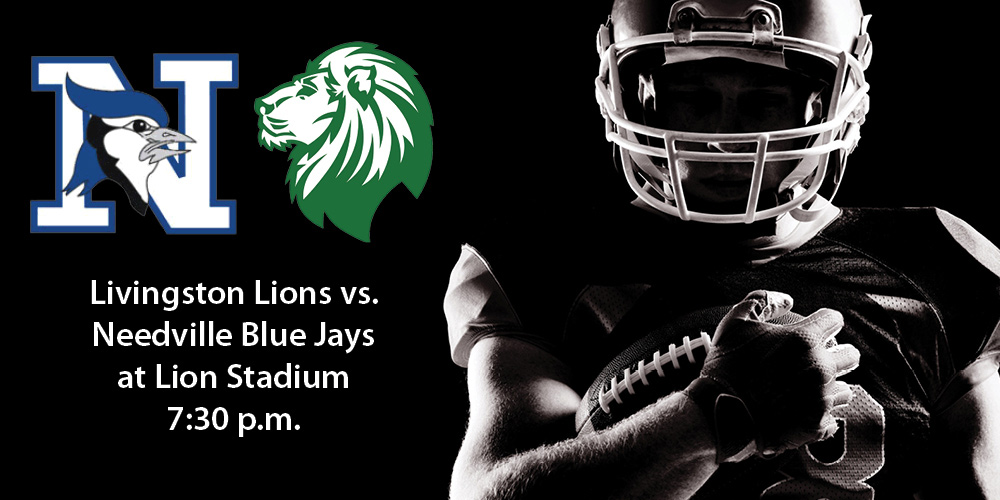 Livingston Lion football looks to bounce back after a season-opening defeat to a strong Episcopal team that provided a multitude of teaching points. The week should be productive, and the football adage of most improvement coming between week one and two seems appropriate.

“Their receivers out-athleted us and beat us to the ball every time. They just kept throwing them deep until they caught up with a couple,” Lion coach Finis Vanover said. “The rest of the time, it was those long 12- to 18-yard crossing routes that we couldn’t keep up with. Those receivers were really talented. (Episcopal’s Karson Gordon) is a gifted athlete, but when he showed his best quarterbacking, he threw an 18- or 19-yard out route about three times.

“The key to it was their offensive line; they were gorgeous. They were 6-foot-4 all the way across and they kept us just pinned. There were 11 plays in the game that we played on their side of the ball. There was a loss of yardage or no gain every one of those times. Once the kids saw it in film on Saturday, they got the deal. When we play our game, it is an attack penetration front, you have to find a way to get it done. When we did, we either sacked him or there was a loss of yardage.”

There is another spread team in Needville this week. It is a rematch of two years ago, when the Lions lost a 36-35 game at Blue Jay Stadium.

“Needville is still the same; they haven’t changed,” Vanover said. “There are big, strong boys up front. On film, it doesn’t look to be as good as what we just saw, but there are similarities in their offenses and defenses. There is not going to be lots of new preparation this week, we just have to come with a great attitude and new effort on accomplishing the things that we talked about.”

Vanover said penetrating a big Blue Jay offensive line will be key for defensive success, just as it was the week before. Needville runs a true spread, with four receivers and a back next to the signal caller on most plays.
Defensively, the week two opponents are based out of an odd-front defense, mostly in a 50 front. However, they will show three or four linebackers and three or four in the secondary, based on the package. Livingston could see a 4-4 stack, as well as a Cover 3 zone on the back end.

The Lions will again rely on their ground game to set up the pass. Last week, they ran the ball 39 times for 162 yards. Quarterback Jakob St. Martin was the leading rusher with 53 yards, and sophomore Jerren James came in as a third string tailback to collect 44.

After falling behind Friday, Livingston had trouble finishing drives, with many ending on the opponents’ side of the field.

“There is a teaching and learning point. We had five possessions from the 25-yard line in and came away with one score. We had three right there in the first half, so the worst-case scenario should have been 21-21 if we just take care of business. We have to learn from that and take advantage. We averaged 10 yards on our 11 completions. We still have some of that culture and some of our new kids that it’s no good if you’re not throwing 80-yard passes.”

Needville finished 2021 with a 3-7 record, but head coach Mike Giles’ group started the season off right with a 21-20 win over Columbia last week. Needville scored a touchdown in the fourth quarter to come from behind in that contest.

“Their nose tackle is always good and they always put their best player there at nose. Their linebackers are very good tacklers and downhill pluggers. The quarterback is a good operator, but he’s not as athletic as the kid we just faced.”

Livingston will have a good measure of how much they have grown in the past week, based on play Friday night. Similar offenses and defenses to just a few days before should give the team a head start on success versus Needville. The defense particularly will need to begin displaying an understanding after surrendering over 450 yards, with schools like Madisonville, Huffman Hargrave, Lumberton and Splendora running many of the same spread concepts.

“We had a great crowd and a standing room only sellout crowd. We didn’t please them very well. But get another ticket, watch your son’s play this week and see how much improvement there is. It is going to be a process. We wish we could have looked a lot better, but there was a bunch of good-looking stuff that took place that we have to take advantage of. We are going to be good if we just keep growing. We can’t get that old mentality back in us, where we get negative and turn on each other. It is going to take us two or three weeks to get there, and we have some great opponents to show us how to do it.”