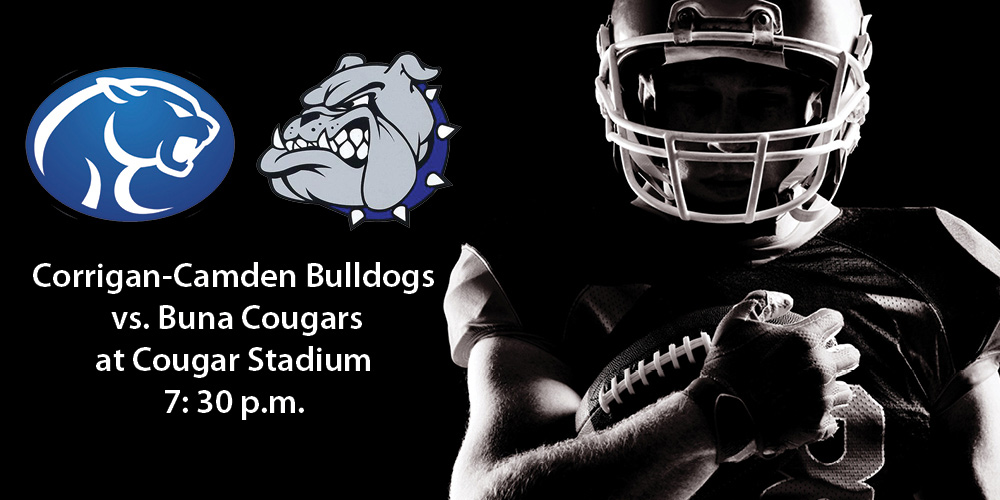 This season’s veteran-stacked Bulldog varsity squad is looking to reestablish Corrigan as a powerhouse versus a new set of competition, starting with non-district opponent Buna this Friday.

At Tuesday’s evening practice, no loud music was needed to pump up the Bulldog players while running simple pass sets against each other, fighting hard for every catch or interception.

“The majority of them played together as sophomores on varsity when we were just getting started. Obviously, we took our lumps and we started to get a lot better last year,” said Bulldog head coach Brett Ratliff. “Now, these kids are actually getting an opportunity to go at it as seniors. They are very excited about that and you can even see that in the way we practice. I think they are fired up about having an opportunity to be a special team here.”

Week one will be on the road against the Buna Cougars, one of several unfamiliar teams this year to Corrigan in recent history.

Under the direction of second-year head coach Gary Kinne, the Cougars finished last season with a 2-4 record in district and overall a 2-9 record for 2021.Buna did manage to make it to an opening playoff round against Diboll, but were eliminated in a 56-0 shutout.

The Cougars’ top offensive weapon will be junior running back Jacob Johnson, according to Ratliff.

“[Johnson] will be one of the better running backs we will play all year. If we stop him, we have a chance to be successful.” Ratliff said.
The Bulldogs should have the play calling advantage, as Ratliff and defensive coordinator Amaro Villareal have two years under their belts installing systems with the current set of their seniors.

“I think our kids are understanding a lot more of what we expect and the tempo that we want to play at, plus the aggression that we want.” Ratliff said. “I think our play polishes a lot better. We are way ahead of where we were the past two years.”

Quarterback Christian Guzman is back healthy to start Friday after a long offseason recovery from a back injury that put him out the latter part of the last season.

“[Guzman] knows what he has to do and is a workman. Yes, that injury definitely hurt his heart a bit, but he busted his butt with rehab and doing everything the doctors told him,” said Ratliff. “He will be ready, but we also have a great group of athletes and several options at quarterback to come in and help him at times, because he is going to play a lot of defense for us too.”

“[Offensively,] we are going to start right back off just like it’s week one by keeping it as simplistic as we can and be really good at what we do.” Ratliff said. “I think we are at that point now. By district, you will see a couple of different things from us. But, we are [still] going to be that hard-nosed football team and be successful at what we can do.”

Kickoff for Friday’s game is set for 7:30 p.m. at Buna’s Cougar Stadium.