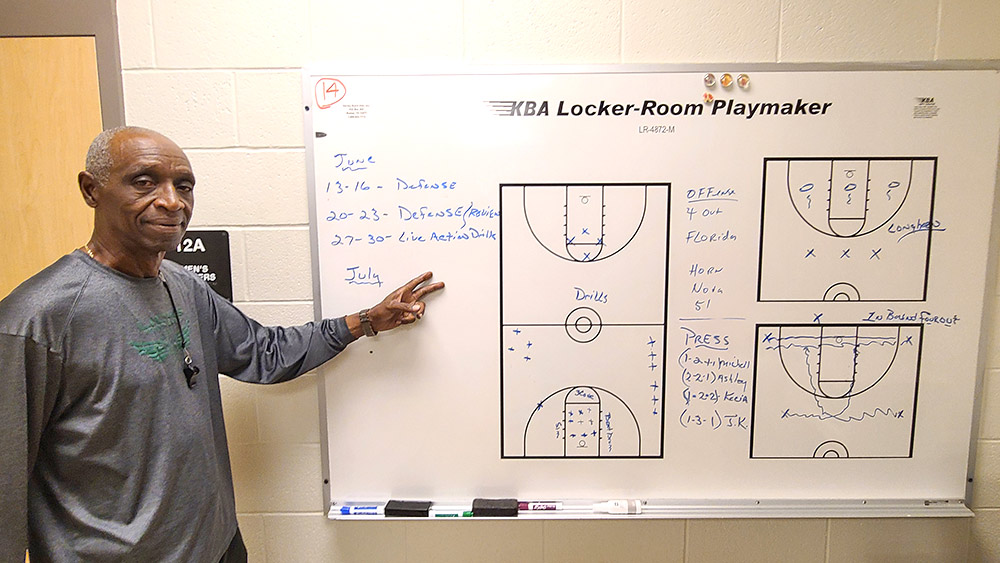 Livingston Lion basketball will have a new leader for the 2022-23 season, but only for the upcoming school year.
Coach Calvin Phillips will be out on medical leave, and Livingston athletic director Finis Vanover has tabbed Frederick Camp to lead for the year.

“I knew about coach’s situation,” Camp said. “I didn’t even expect for them to approach me about it. I just thought that they would get someone else. One day, I went down to the field house and Coach Vanover was in there talking. When I walked in, Coach Phillips said, “There he is; you’d better ask him.”

An early prognosis had Phillips out for six months with hip surgery. It was later discovered that the surgery will be on both hips and a longer period of recovery is necessary.

“I’m like, ‘Yeah, I’ll do that for you,’” Camp said of his reply. “Come to find out, it’s going to take longer. That is how — I guess you could say — I am the coach right now. These kids right here, I have had the ones that are going to be seniors since they were in junior high. When I first got here and was coordinator over there (at the junior high), they won district. They aren’t all still playing anymore, because once they got to high school, they decided that they were going to specialize in this or that.”

Arriving at Livingston in 2018, Camp has served as athletic coordinator at the junior high, then moved on to coaching track and football (wide receivers, running backs,  secondary) at the high school.

Camp was hired at Livingston in Vanover’s first year as athletic director. The two didn’t know one another, but had coached at schools a short drive away. Camp coached at what was then John Tyler High when Vanover was at Lufkin. Camp was at Fort Worth Polytechnic when Vanover was at Fort Worth Paschal. They did not have direct conversations in those times, but with many of the same experiences, were able to connect quickly in an interview.

In is 45 years of coaching, Camp has seen just about everything in Texas athletics. His last head coaching job in hoops was at Hubbard, between Waco and Corsicana. Interest in becoming part of the staff in Livingston was simple.

“I’ve been with some good athletic directors, and I’ve been with some that didn’t know what the hell they were doing. I finally got back in with a good one. I came here because of Coach Vanover. We got along real well and he was the type of guy that I like to work with. Then, I met the superintendent, so we all are on the same page. I just felt comfortable with them.”

The coach does not plan to just be a placeholder. He has ideas for the team that have already begun to take shape.

“We are going to change it a whole lot. I brought coach Sean Berry here from out of Huntsville, and he used to work with Coach Phillips down in Brazosport. We are going to play a faster game. We are not going to set up and do things. We are pressing and we are running the floor — a lot of layups from a lot of turnovers on defense. It changes the game. My objective is this: I need 90 points per ball game. Our goal is the state playoffs. When I was the head coach in Fort Worth, I took a team one year and lost to Pampa by four.

The athletes that have attended F.A.S.S.T. Camp and offseason workouts have seen a change as well. There is an emphasis on speed and making decisions while running the floor.

“Some people that were here last year, for some reason, don’t want to show up to F.A.S.S.T. Camp. I told them that it is a new chance, new change, and a new challenge, so you have to be here. I said to them it is going to be different. If you do not show up, you may not make the ball club. I don’t care if you were on the varsity last year, because we are changing things and mentally, I know they are not there.

“I told them that we are here to win, and if you are not — bye. The way we are going to play all year, it’s going to be quick, fast and they have to be able to think. I have noticed that going from the head to the body takes them two or three seconds. It is too late then. You have to think while you are moving. That is what we are trying to instill in them.”

Three starters from last year’s bi-district finalist squad will return for the 2022-23 season. Camp said he expects to be successful immediately.

“I expect to turn this into a Golden State Warriors type of attitude — win, win, win. I don’t have the great 3-point shooters that they’ve got, but I’ve got the quickness. We are going to play zone and we are going to trap the hell out of them. When (opponents) are out there at that 3-point line, we don’t have to put a whole lot of pressure on them. If they aren’t Steph Curry, we don’t have to worry about it. They are going to hit 33%; that is not going to beat you. What is going to beat you is not getting inside and getting rebounds and them getting a second and third shot. That is what has been beating you since you’ve been here. You are standing around and you want to shoot. If you don’t follow your shot, you’ll be sitting on the bench with me. They’ve got to get that mentality.”

Camp said this year’s team will be the best 12 available in the program, no matter of previous experience.

“If I’ve got a freshman that can play varsity ball, I’m not going to keep him down there (on the freshman team). You’ve got to let them play.” 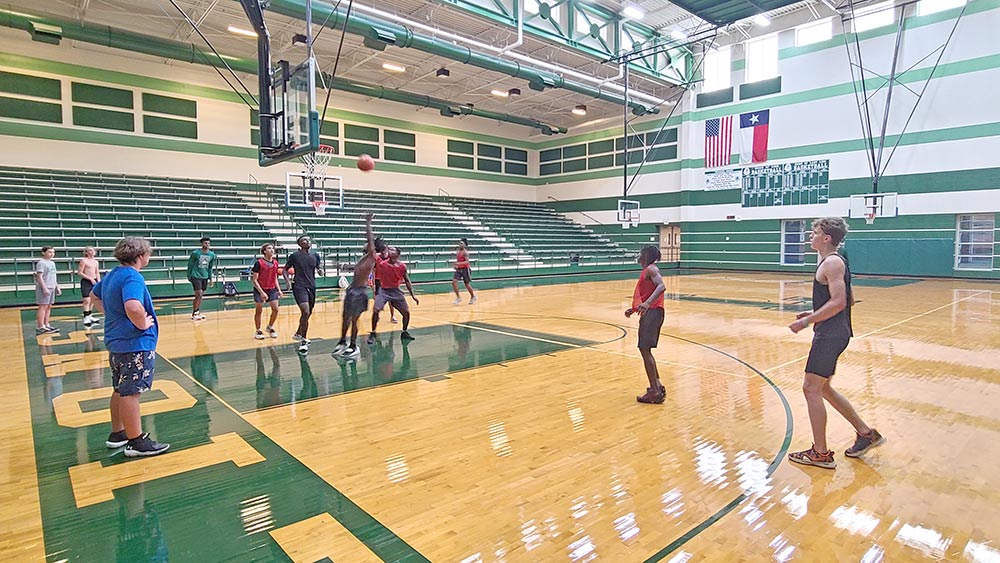 The Lions are getting plenty of work in during offseason workouts.