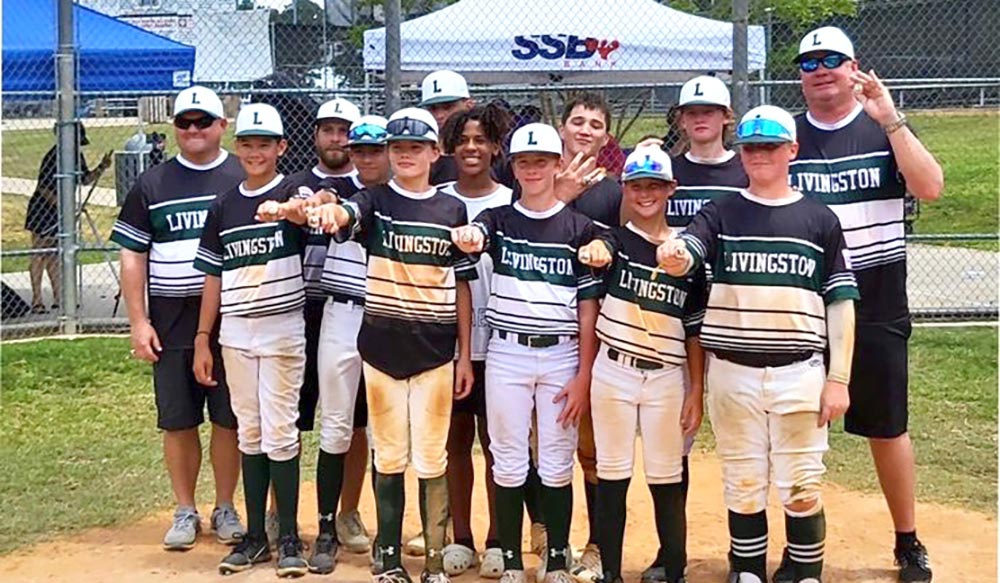 The Livingston 13U All-Stars won the state championship in Center, Texas, last weekend to advance to the Dixie

Livingston defeated a skilled Athens team twice, with a pair of identical 8-6 scores. The team then advanced to the championship round, with two opportunities to defeat Center to claim the state crown.

Livingston dropped the opening game in a 1-0 thriller, where Landon Hodges tossed 6 scoreless innings, allowing only three hits and striking out 11 in a tight ballgame.

The Livingston bats were led by Mason Lusk’s opposite field home run Sunday on his birthday. Livingston played great defense as well, led by Wyatt Ogden, who caught all 14 innings on the final day in scorching heat.

The boys have battled since they were 10 to get to the World Series and with only nine healthy players over the weekend, finally accomplished the feat. World Series games will be held July 22–27, and Livingston will take on North