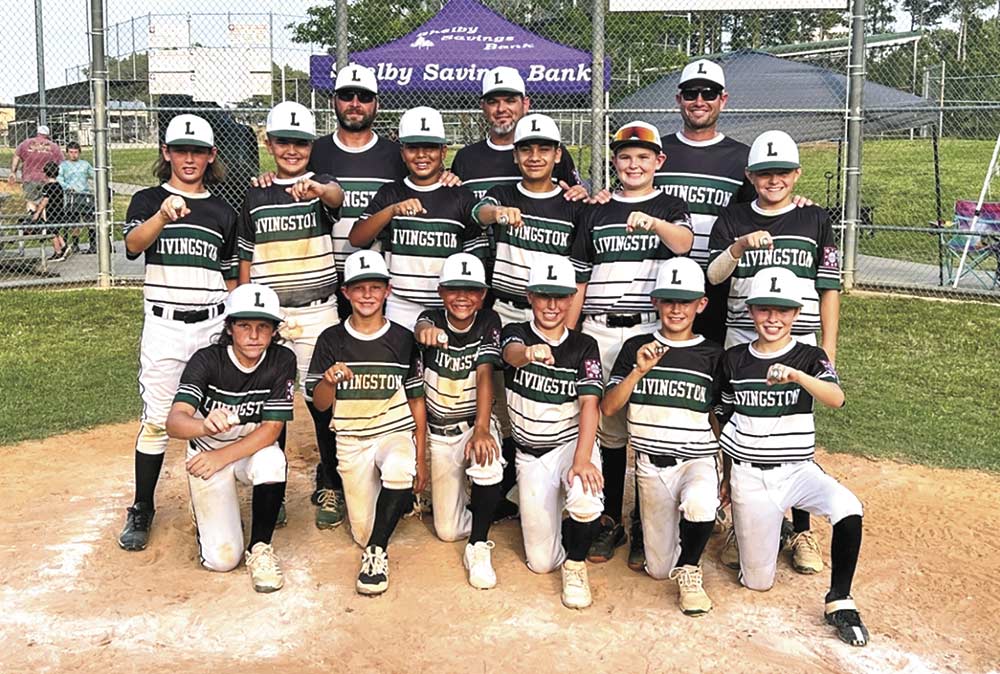 For the second consecutive season, the Livingston 11U boys have earned a state championship and are off to the Dixie League World Series.

At the state level, the group from Livingston defeated Panola to advance to the ultimate goal.

Livingston will represent the state in Monroe, Louisiana, which will host the final games this season.

Last year, most of the same group also advanced to the Dixie League World Series.

Goins said the team has a large and dependable staff of pitchers that can give the team an edge in tournaments.
“That allows for rest periods, because there are pitch counts that you have to follow with a number you can throw per day or per tournament. All of that plays a factor in pitch counts. Because we have so many pitchers, we can still follow that guideline, but it still may be a few (extra) days until that kid has to pitch again. At 11 years old, they’re going to struggle at times hitting the strike zone or just have an off day, but one of our strong points is that we have a lot of pitching. They work hard on it, as well as all aspects of the game.”