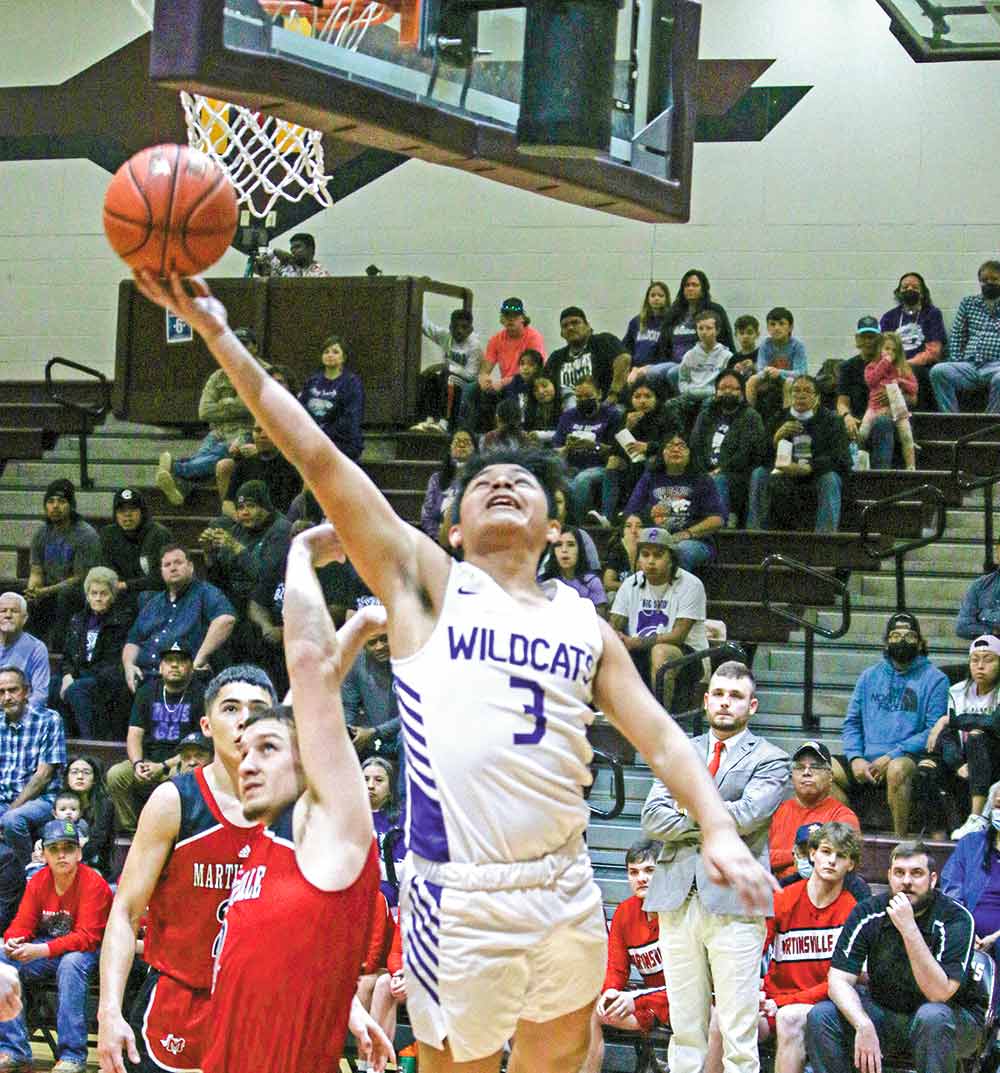 Adrian Thompson puts up a shot under the bucket. He led the Wildcats with 16 points.

Big Sandy hoops began its journey in the postseason with a 67-51 win over Martinsville Tuesday at Hudson High School. The bi-district round promised to be a stronger challenge than some playoff openers, with a Pirate team from a competitive District 23-2A.

“We kind of got off to a slow start and I told the kids before we played that Martinsville is not your typical fourth-place team,” Wildcat coach Kevin Foster said. “There is a lot of districts they might even win or finish second in. We talked about that going into this game, that they come from a really tough district and have played a lot of great competition, especially recently.”

“It took us a while to get going and I thought we made a really goo run there at the end of the second quarter to get some separation from them,” Foster said. “We continued that in the second half to extend it. The Wildcats were up as much as 60-38 in the second half. The Pirates continued to fight, cutting the Big Sandy lead down to 13 points with 1:29 remaining in the contest.

Seven ‘Cats tallied at least five points on the night, led by Adrian Thompson with 16, Seth Beene-Williams with 14 and Eli Bullock with 13. Martinsville’s Jhon Sequeda topped the Pirates with 18 points.

Big Sandy will next challenge the winner of Woden and Union Grove in the area round, to likely be played Friday.