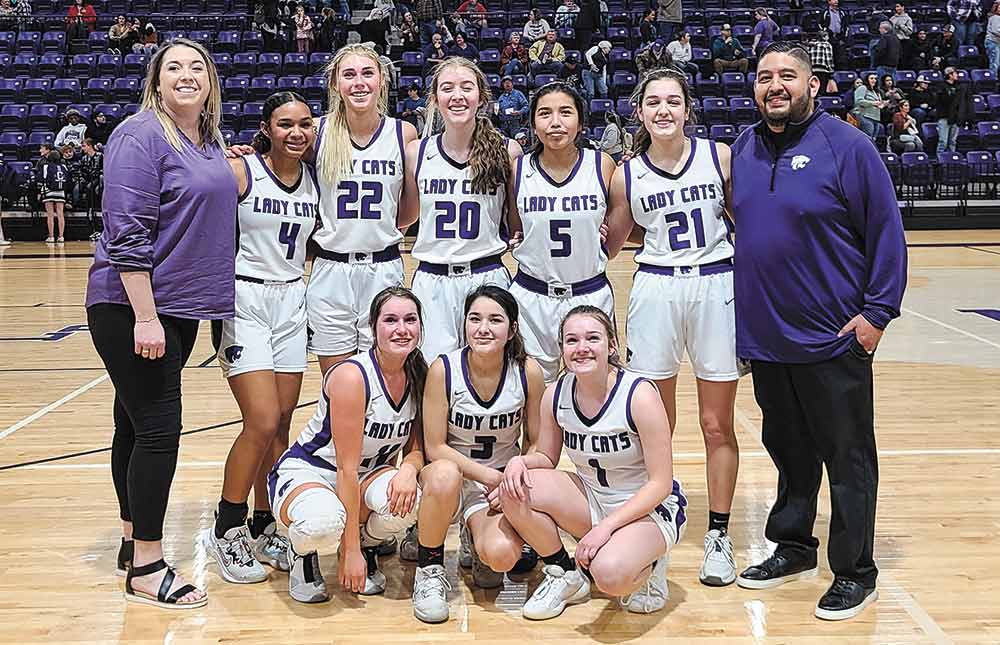 Big Sandy dictated every aspect of Friday’s area playoff game in Lufkin, coasting to a 73-9 rout over Cushing. The Galkats were third-place finishers of District 22-2A, but provided little resistance in Big Sandy’s advancement to the regional quarterfinals.

To say that everything went right in the first quarter of Big Sandy’s game Friday night could be an understatement. The girls erupted for 26 points over the opening eight minutes, while holding Cushing scoreless. Once the second quarter began, the game was decided.

It would take another minute into the second quarter before Cushing secured its first field goal of the match. It would also be their only of the first half.

“We played really well in this game,” Big Sandy coach Ryan Alec said. “Credit to them, they are a well-coached team and did a great job defensively on us. The thing that got us started was playing well early. That kind of sets the tone for the rest of the game for us. We were knocking down shots and playing good defense. We held them to two points in the first half and zero in the first quarter, which our defense deserves a lot of credit for that. I was pretty happy with the outcome.

“We talked a lot about securing the ball and making sure we hold onto possessions. Turnover ratio is always big for us, and the past two games, our defense has stepped up big for us. Against San Augustine we had to make some changes and play a sagging man in the second half. Here, we came up a little bit more. I thought we adjusted well in both games and our defense was a big factor.”

A full-court press was too much for the Galkats to overcome. The few shots Cushing got off in the first and second quarters were not quality attempts.

Going into halftime, the Lady Cats had built the lead to 43-2.

Alec said when the team went into the locker room up 41 points, he told them they would be treating it as if a new game was beginning.

“We have played some good games this year. Every game is important, but of course this one has a lot of importance here,” Alec said. “I vthink our trajectory is going up, in my opinion. That is what you want to do. You want to be playing right at the right time. I think for us, it is yet to be seen, but I think we are clicking at the right time. We are going to have a tough matchup ahead of us in the next round whoever we face.”

The next game will be the Woden versus Tenaha winner, to likely be played on Tuesday.