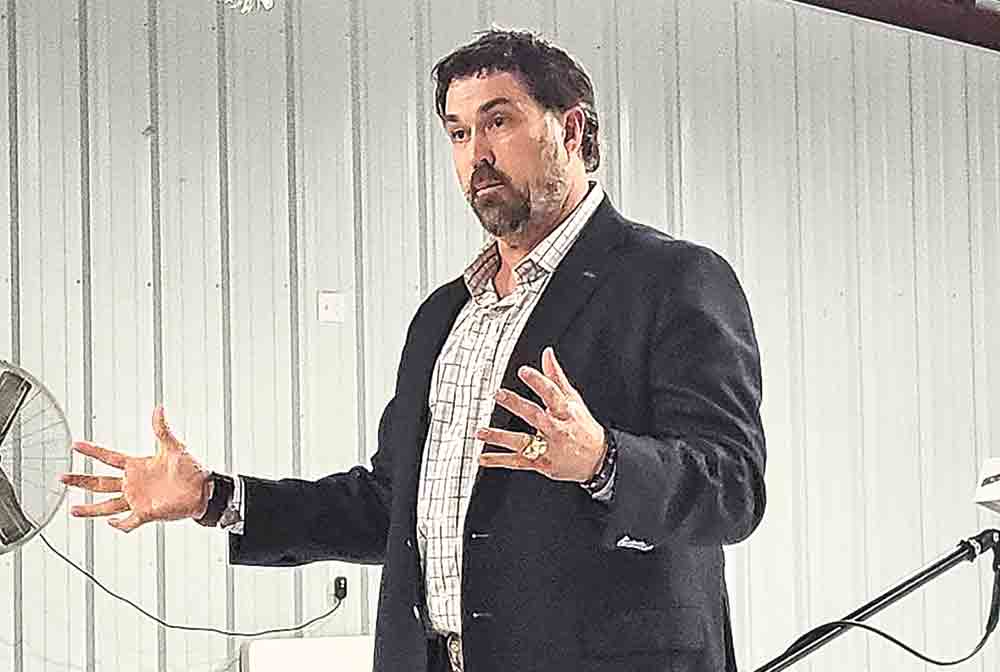 Newly elected 8th District Representative Marcus Luttrell was in Livingston Wednesday for a town hall meeting at the VFW Post 8568. Approximately 100 local citizens attended the meeting, including local officials, members of the Alabama-Coushatta Tribe of Texas, Escapees, Polk County Republican Club members, San Jacinto County Republicans and numerous veterans. Among the subjects discussed were congressional spending, consideration of a long-term capital gains rate increase, border issues and term limits. Luttrell said will be back in a few months to visit with residents again. Luttrell was recently appointed to serve on the House Armed Services Committee, the Committee on Homeland Security and the Committee on Veterans’ Affairs. “I’m honored to have been selected to serve on the House Armed Services Committee, Committee on Homeland Security and Committee on Veterans’ Affairs. As a Navy veteran and former DOE advisor, I’ve seen firsthand the challenges our country and servicemembers face at home and abroad. I’ll continue to do everything in my power to defend our nation from increasing adversarial threats, secure our borders, and support our servicemembers who have put it all on the line for our country,” he said. Luttrell may be followed on his Facebook page or at luttrell.house.gov. Courtesy photo