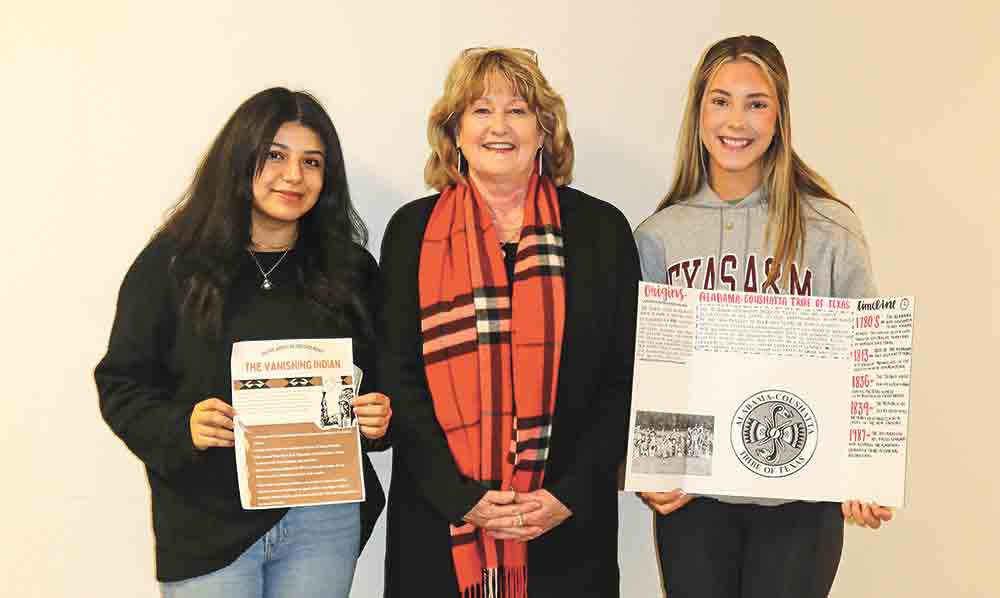 Livingston High School students in dual credit classes learned about Native American Heritage Month during November. The students were able to participate in a poster contest in history, government, English, sociology, Spanish and education classes. Posters were to contain at least five facts about Native American Heritage and at least one graphic.

Rodriguez’ poster was titled “The Vanishing Indian.” She opened her poster with “Native American Heritage month is an opportunity to educate the general public about the unique challenges that native people have faced historically and in the present. The Myth of the Vanishing Indian was a national prophecy pursued by the federal government throughout the nineteenth century. It was aligned with the belief that American territorial expansion by white settlers was inevitable and preordained by God.”

Haynes focused her poster on the Alabama-Coushatta Tribe of Texas; she gave a history on tribe origins and presented a timeline of history from the 1780’s to 1987 (the 1987 Restoration Act giving federal recognition.)

Angelina College faculty and Tribal Council Chair Rick Sylestine and son Joshua Sylestine all remarked that they were very impressed with the works submitted. It was obvious that the students put much time and effort into their study of history and their submitted work.