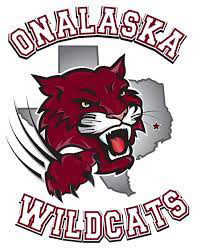 The Onalaska Independent School District Board of Trustees set its January meeting date and continued action for the state’s teacher salary-incentive program during the last regular meeting.

The Onalaska School Board cut the meeting for December and set an official date for their next regular meeting on Jan. 23, also in honor of January Board Appreciation Month. The board also approved and submitted and moved its application process to the Texas Incentive Allotment program (TIA), created by the Texas Legislature as part of House Bill 3 to help recruit, retain, and reward effective educators in the classroom at high-needs campuses.

Required documents that were approved included the district’s spending plan, compensation statement and the O.I.S.D. Handbook.

Also during action items, the board approved a property tax bid on Lot 20, Block 6 in the Kickapoo Forest area by 1507 California, LLC. The bid of $900 met the established threshold amount for the district to approve.

During informational reports, the district reportedly received an A-rating with Superior Achievement in the Financial Integrity Rating System of Texas (FIRST). The state’s school financial accountability rating system ensures that Texas public schools are held accountable for the quality of their financial management practices.