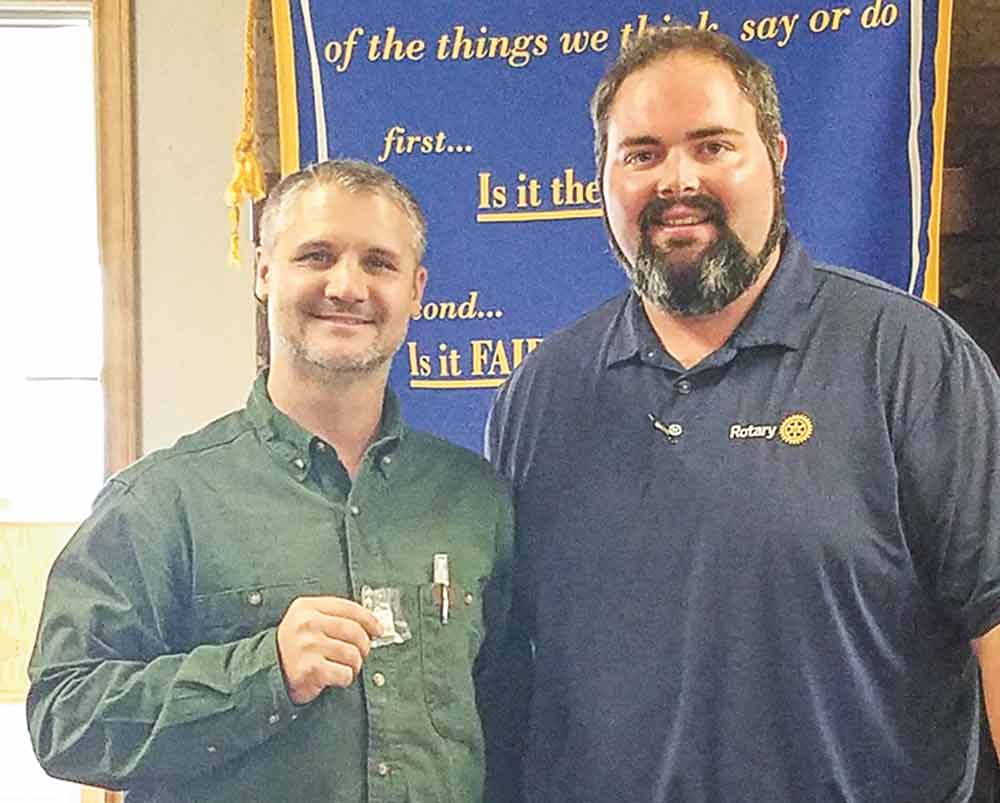 The successes and challenges of the Livingston Independent School District were reviewed by Superintendent Dr. Brent E. Hawkins when he addressed the Rotary Club of Livingston recently.

“I’ve been here nine years. The average tenure of a superintendent in Texas is two and a half years. I’ve been very blessed to be here,” he said, adding that he is tied for first place for longest tenure in the 100-plus-year history ofthe school district.

Having completed his dissertation on school finance, Hawkins addressed the finances of the district. “I looked up Ms. Birdwell’s salary before we came today and over the past nine years, we’ve brought in her salary enough in grants brought in to pay her salary a couple hundred years.

“In 2015 I asked the community and board of trustees to pass a tax ratification election that would not raise the tax rate. It didn’t. It lowered the tax rate, but what it did was reinvest the district’s funds to generate more money. We have reinvested that back into our people.

“Over the course of the nine years, we’ve refinanced the bonds that the voters approved to a savings of about $14 million. You put your heart where your treasure’s at,” Hawkins said.

“TEA (Texas Education Agency) released a report, and when Commissioner Morath called last week, he talked about celebrating success. On the report from TEA is a graph that shows the school district campuses in the region that were at a grade of C or lower prior to COVID and now have become an A. There are about 10 of those and two of those are Livingston campuses. We are very proud of that. There should be a third, but it doesn’t exist anymore,” he said, referring to what was formerly Livingston Intermediate School but following some restructuring, is now Creekside Elementary School, one of three first through fifth-grade campuses in the district. “I do want to give the staff and the children credit for that turnaround.

“We don’t want to be a remediation factory. We have tried to believe in impactful standards of learning. We teach things deeply in a meaningful lasting way so that kids learn. The entire accountability of this district is the highest it has ever been in the history of this district,” Hawkins said.

“We’ve looked at kids through a different lens, in a manner that prepares them for careers, or secondary education,” he said, addressing achievement.

“School finance has been at the forefront as a challenge. The biggest challenge we face today is the residual effect of COVID. Not COVID itself, but what’s been left over, the psycho-social and emotional issues that are going on in our communities. It’s the agitation and the state of agitation toward one another. The lack of being able to work together is one of the greatest threats to humanity, public education or anything else. We all have to encourage each other to have grace with one another. And this issue has exacerbated with social media. Because if something’s said on social media, it is considered a fact. Like the quote from Mark Twain, ‘A like can make it all the way around the world before the truth can get its shoes on.’ We have to get back to talking and working together with people. There are very few solutions offered on social media. We have to get back to pushing a little bit away from technology and dealing with people like we would want to be dealt with,” Hawkins said.

“Look at the rising prices of insurance, gasoline, food costs, living costs, labor. Its not a teacher shortage, it’s a labor shortage. That inflation is killing the school districts and it’s something we have to address in the upcoming legislative session. If we don’t do that, we have to cut services.

“What about kids that don’t go to college? We have to prepare those children in junior high to go down a path toward a certification, an associates degree or 60 hours of college. We can get this for 100% of our kids,” he said as he referenced the LVN, cosmetology, CAN, welding, HVAC, computer tech courses offered by the district.

“We’re very proud of that but what do we do next? We’re in a planning year for implementing PTECH (Pathways in Technology), a new program launched by TEA. It is designed to generate a pipeline of workers to the job market,” Hawkins said. “This district will move beyond certifications to associates degrees in vocational areas and provide a path to a job after graduation. The program allows partnerships with local businesses that will mentor and guide students in a variety of vocational opportunities. We have three partners at the table – the school district, Angelina College and local businesses. We want to build the next generation of taxpayers. There are a lot of opportunities that we look forward to staring conversations with, in the spring.

“We have a duty to the kids of Livingston first and foremost,” Hawkins concluded, adding that there are presently 4,052 students in the district and that every student in the district eats free, both breakfast and lunch.