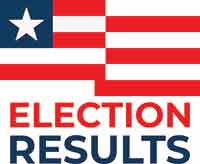 A little over 41% of the registered voters in Polk County voted in the Nov. 8 general election, a much higher percentage than usual. The higher than usual turnout could be attributed to widespread interest in the governor’s race in which Incumbent Greg Abbott was challenged by Beto O’Rourke, unsuccessfully, or it may have been the hotly contested Livingston ISD school board race in which eight people, two of them incumbents, were vying for four spots on the board.

Marty Drake and Kevin Wooten were the incumbents seeking reelection to the board. The two other seats were open. Following several terms on the board, Ben Ogletree III did not seek reelection. Krissa Bass Humphries resigned from the board in August and Alex Garcia was appointed to fill the unexpired term but did not opt to run for election to the board.

There were 87 provisional ballots cast that will be reviewed when the Polk County Ballot Board meets at 9 a.m. Tuesday. A ballot is considered provisional when there is some question about a voter’s eligibility.

Considering there was only four votes difference between Grimm and Drake, the election results could potentially change, depending on the ballot board’s decisions regarding those 87 provisional ballots.