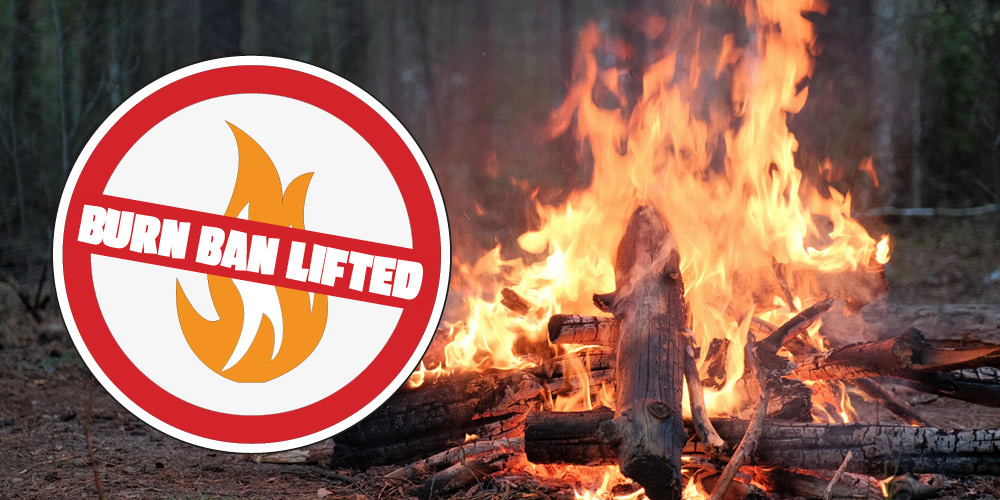 Having received a favorable drought status update from the Texas Forest Service in light of the recent rainfall, the Polk County Commissioners Court approved lifting the burn ban in the unincorporated areas of the county during its regular meeting Tuesday.

The establishment of a satellite recycling collection site at the Onalaska Loop Citizens Collection Station, utilizing surplus revenues in the waste management fund, was approved by the Court.

“Our collection station and landfill have resulted in a surplus of revenues in the form of landfill host fees. There’s already over 1,000 volunteer hours clocked so there’s a lot of public interest in having a recycling center in the Onalaska area.,” County Judge Sydney Murphy said.

“It’s been estimated we’d probably need two containers, a covered drive-thru, restrooms and signage. Revenues collected during 2022 were $47,480.57 and the expected cost does not exceed $20,000 at this time,” Murphy said.
The Court approved proceeding with the purchase of materials and authorization of the sewer line construction.

The Court approved a request for a certificate of exemption to exempt from the county subdivision regulations the development of Abstract 593 of the William White Survey (117.01 acres) located in Precinct 2 and consisting of 16 tracts, all over 10 acres, with individual access to existing public roads with no other common areas and/or streets. In related activity, the Court approved a plat for Rolling Pines Section 3 Subdivision located in Precinct 2.

Other action included approval of the transfer of the lease of school land from Cooper Ranches LLC to Harley Portwood Ranch.

“The Brazos River runs through the Polk County school lands and because the path of the river has changed over the years, it’s created a situation where a section that is being leased by Cooper Ranches is on both sides of the river, making a significant portion of it, 356 acres virtually, in accessible,” Murphy said.

Other items approved by the Court included an agreement with Thompson Consulting Services LLC for disaster debris monitoring; the county investment policy as presented by the county treasurer; and updates to the master street address guide.

Five citizens addressed the Court during the portion of the meeting reserved for public comment. Carolyn

Bischoff, Jeanette Blesener and Shawn Loring expressed support for the recycling center and their desire that the Court approve the satellite center in Onalaska. James Buck, a resident of the Yaupon Cove subdivision in Onalaska, expressed concern about the rats, feral cats and snakes that are coming to his house from the condemned house next door. Nina McAfee, another resident of Yaupon Cove, expressed concern about nine condemned houses in the subdivision and 96 acres that is being clear-cut without proper permits.
Rev. David Darden of New Beulah Baptist Church opened the meeting with prayer.