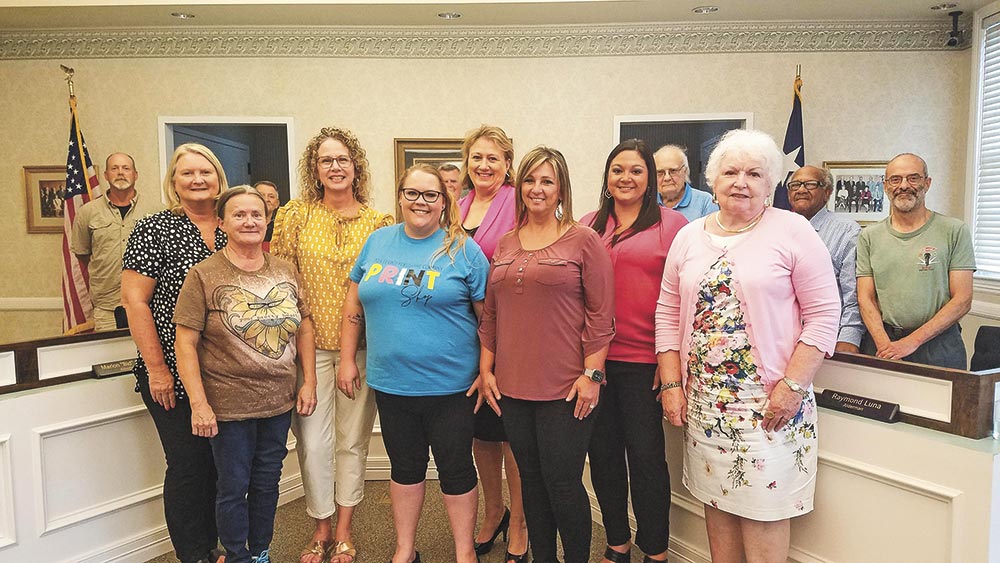 City of Livingston utility customers will see increases in both electric and garbage on next month’s billing following action taken by the Livingston City Council during its Aug. 9 meeting.

The City of Livingston’s electrical provider is Sam Rayburn Municipal Power Agency (SRMPA), who also provides electricity for the cities of Liberty and Jasper. Each of the three cities has two representatives that sit on the Board of Directors of SRMPA. Livingston’s SRMPA board members are Mayor Judy B. Cochran and Alderman Clarke Evans.

SRMPA Executive Director Bruce Mintz recently traveled to each of the three member cities to meet with the respective cities’ two representatives and city managers. The purpose of these meetings was for Mintz to inform the cities of an upcoming rate increase.

“I think what constituted this is rising fuel costs. It’s everywhere. It’s not just us. But we can’t absorb that. I know that this is a retirement community and it pains me to go up, but we don’t have a choice,” Livingston City Manager Bill S. Wiggins said.

The next billing cycle will reflect a 3-cent increase in electrical, from $11.75 per kilowatt to $14.75 per kilowatt.
“This will enable us to absorb the rising cost from Sam Rayburn,” Wiggins said.

Having recently received notification from Republic, the company the city contracts with for garbage collection, of a fuel surcharge increase of 4.13%, as well as an increase in the cost of garbage bags, Council approved a residential increase from $22 to $23.50 and a commercial increase from $23 to $24.50.

Council conducted its annual review of the city’s investment policy, approving a change in the wording. Previously, the policy stated that the finance director will prepare the report and submit it to the city manager. Finance Director Patricia Crawford has announced her retirement effective Aug. 31 and the city has not hired a replacement yet. Therefore, Wiggins suggested changing the policy to read that the report will be prepared by the finance director or city manager.

“With the rise in interest rates, there is some good news when you’re investing. The last few months the interest income has started to pick up,” Wiggins said, commenting on the city’s investment reports.

“Back in 1989 the City of Livingston transferred ownership of the substation on Old Woodville Road to SRMPA. Then, in 1994 we had the newly-constructed Ogletree substation that was also transferred. SRMPA used these two assets to borrow funds for bonds and the bonds were paid off last year and they no longer need these assets so they want to deed them back to us,” Wiggins explained, adding that no monies were involved.

The preliminary budget for the fiscal year beginning Oct. 1, 2022 and ending Sept. 30, 2023 was presented to Council for review, with Wiggins stating, “This was a very hard, hard budget to put together.”

Citing uncertainty in both state and national governments, increased costs in the oil and gas industry, supply chain issues and a 9% inflation rate, Wiggins said that it would seem like the time to tighten the belt and wait for the storm to pass, but that the city is unable to do that for a variety of reasons.

“With the growth we’ve experienced the past few years and the Supreme Court ruling that the Alabama-Coushatta Tribe may continue the operation of its gaming facility, we’re expecting it to start booming. Our little town is about to explode,” Wiggins said. He added that the city already has aging infrastructure – water, sewer, electrical, streets – that it’s been trying to improve in recent years.

He encouraged Council to review the proposed budget, write down comments or questions and get with him individually to visit about it. Council approved calling a public hearing on the budget for 5 p.m. Sept. 13.

During his monthly report on events and current development projects, Wiggins commented that Livingston Youth Baseball has had a lot of success this year, with three teams going to the playoffs.

He apprised Council that the radio tower behind the police department was recently taken down, after having been compromised during a vehicular collision. He said it was a liability and could not be fixed but that all of the police, fire and public works radios had been transferred to the city’s West Street tower.

Wiggins informed everyone that the city’s annual 9/11 Prayer and Remembrance Ceremony is slated for 9 a.m. on Sept. 9 at the city hall.

He added that the yellow office building that formerly housed parks and recreation and Trade Days is currently listed on an online auction with AuctioneerExpress.com and the auction is set to close at 11 a.m. on Aug. 18. He said the building has been out of use for a number of years and its removal will allow the black pipe fencing in the area to be completed.

Wiggins also informed everyone that the city was awarded the Community Safety Grant from CenterPoint Energy in the amount of $2,500. The grant will partially fund the purchase and installation of 10 automated external defibrillators to be installed at municipal facilities, including city hall, the police department, public works, the electric department, the sewer treatment plant, the parks shop, the Trade Days office, the library, fire station #1 and the fire training facility.

Although Council entered into an executive session to deliberate the employment or appointment of an employee, no action was taken upon return to open session.

The city recognized Livingston Main Street for its designation as a 2022 Accredited Program by Main Street America and Texas Main Street.

“This is quite a great accomplishment for these folks. Being accredited means a lot,” Wiggins said.

“I’d like to thank y’all for recognizing us. Without y’all, we wouldn’t have a Main Street,” Special Events/Main Street Manager Lynn Riley said.
“

Other business included approval of accounts over $500 and minutes of the July 12 meeting.