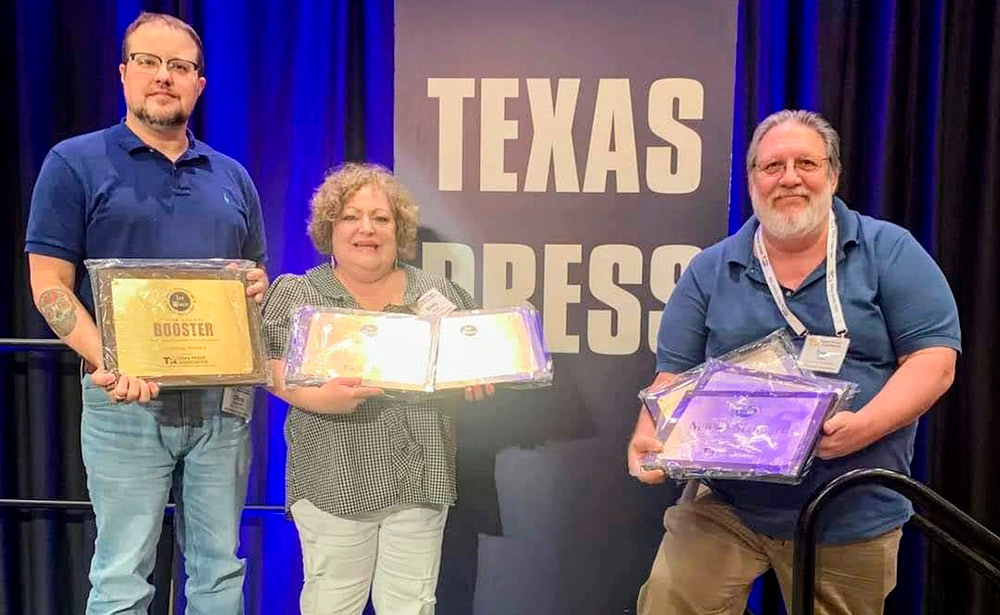 The Trinity County News-Standard, in Division 8, won first place in both headline writing and news photography, a second place in column writing, a third place in general excellence and a fourth place in sports coverage.

Four individuals were inducted into the Texas Newspaper Foundation’s Texas Newspaper Hall of Fame for exemplary service to their communities and to the Texas newspaper industry. These included: Robert Moore, Greg Shrader, Ed Sterling and George Dolan, posthumously.
Nonnie Barton, of The Fayette County Record, and Mary Henkel Judson, of the Port Aransas South Jetty, were honored with TPA’s Golden 50 Award which honors men and women who have displayed exemplary service and selfless contributions to journalism for 50 or more years.
Next year’s convention and trade show is slated for June 1-3 at the Kalahari Resort in Round Rock.