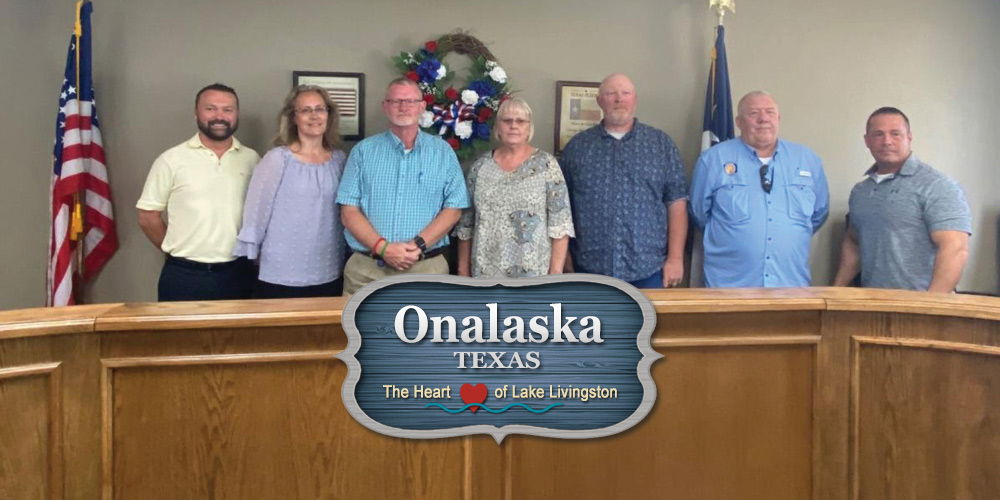 During its regular meeting Tuesday, the Onalaska City Council took action declaring a building located at 180 Live Oak in Canyon Park Subdivision to be dangerous or unsafe and to order that the building be vacated, removed or demolished. Although Jerry and Janet Morris, owners of the property, were slated to make a presentation to Council to show cause why the building should not be declared unsafe or dangerous, they did not show up for the meeting.

Police Department Policy No. 4.5 regarding uniforms, appearance and equipment was approved.

An interlocal agreement with the Polk County tax assessor-collector for services provided was approved.
In personnel matters, Council accepted the resignations of Court Clerk Mandi Hodge and full-time telecommunications operator Stephen Cook and approved the appointment of Tammy Seader as full-time court clerk and Cook as part-time telecommunications operator, both with the standard 90-day probationary period.

The city issued 15 permits or licenses during the month of June and performed eight inspections. There were six properties in Impala Woods and one in Twin Harbors where abatements of dilapidated structures were demolished and removed. The total number of structures demolished and removed on the seven properties was 12. There were six warnings issued and two charges filed for ordinance violations. There was one fire investigation.

The city library was open 17 days during the month of June and served 415 patrons. Thirty-seven holdings were added to the records and one deleted. There are currently 1,797 total patrons. Forty-eight volunteer hours were worked and there was income in the amount of $363.80.

City Administrator Angela Stutts reported that Precinct 2 Commissioner Ronnie Vincent advised that they are ready to start the rock work on Pine Grove and Sycamore in the Oakridge Subdivision. Stutts reported that she was advised of some cracks in the newly constructed road in Oakridge Subdivision and that it is most likely due to the extreme heat. She reported that she has started the process to have them repaired by contacting the engineering firm that did the work with the city’s contractor. She reported that upcoming projects include the widening and addition of rock to Hodge Bottom and the repair of Joy Street. She said the city is still seeking volunteer assistance to clean up around the city sidewalks.

Other business included approval of the minutes, payment of vouchers and financial reports.