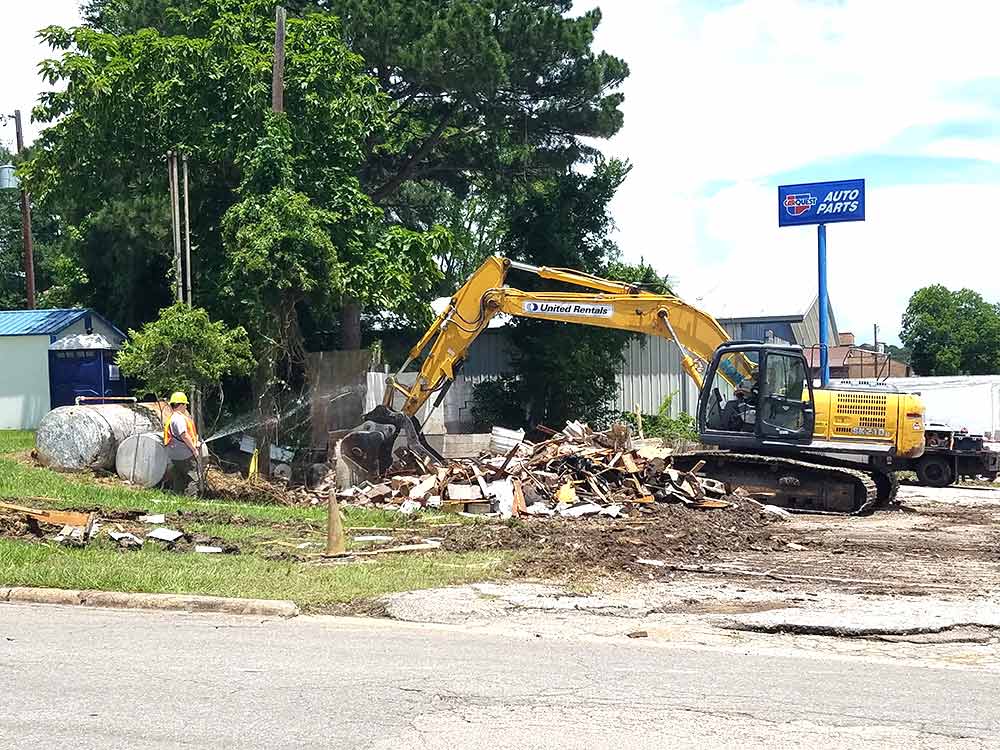 Workers are shown Wednesday razing the abandoned building located at 522 W. Church St. in Livingston, site of the former Jarrell’s Filling Station. The station was closed several years ago when Owner Fred Jarrell became ill and moved out of town. Following Jarrell’s death, his surviving family proceeded with plans to remove the underground tanks and demolish the building. In recent years, work has been ongoing to clean up the city through the removal of dilapidated, unsafe buildings as well as the cleanup and removal of weeds, brush and rubbish from various abandoned properties throughout the city. City officials have remarked how diligently the Jarrells have been trying to clean up the place and resolve the situation. Photo by Emily Banks Wooten