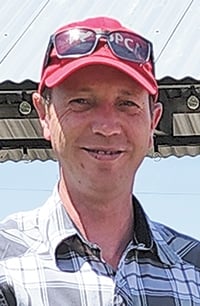 Ron Hornsby, executive director of the Society for the Prevention of Cruelty to Animals (SPCA) of Polk County, recently presented a program to the Livingston Rotary Club.

According to Hornsby, the SPCA of Polk County was established as a non-profit in 1978 and was in a small building, as a foster-based organization. The organization expanded and purchased its current location at 802 S. Houston eight years ago, where it holds 33 kennels and 12 cat condos.

Hornsby said the facility can house over 100 animals at any given time and has housed over 100 dogs on site in the past.

Reviewing the statistics from January 2020 to January 2022, Hornsby said there were 2,255 adoptions overall, of which 1,742 were dog adoptions and 513 were cat adoptions. He said that 1,543 animals were transferred and that a total of 3,798 animals have found forever homes since Jan 2020.

Hornsby said the local SPCA supports and operates community programs such as TNR (trap neuter release) and LISN (low income spay and neuter). He added that the organization has a new website, new IT system and new telephone system which has improved the way they communicate and work.

As for finances, Hornsby said it takes about $23,000 per month to operate the facility which doesn’t include medical costs which are about $8,000 per month. He said about $22,000 per month is brought in but that donations have decreased and adoption income has decreased.

Hornsby said 2021 was the first year in many years that the organization broke even, through controls implemented in cutting expenses and managing animal populations to control the ability to care and manage resources. He said they survived previously on estates and that they now offer sponsorship opportunities for kennels, transport, dog park, cattery, etc. to generate annual income to support the operating costs and medical costs.