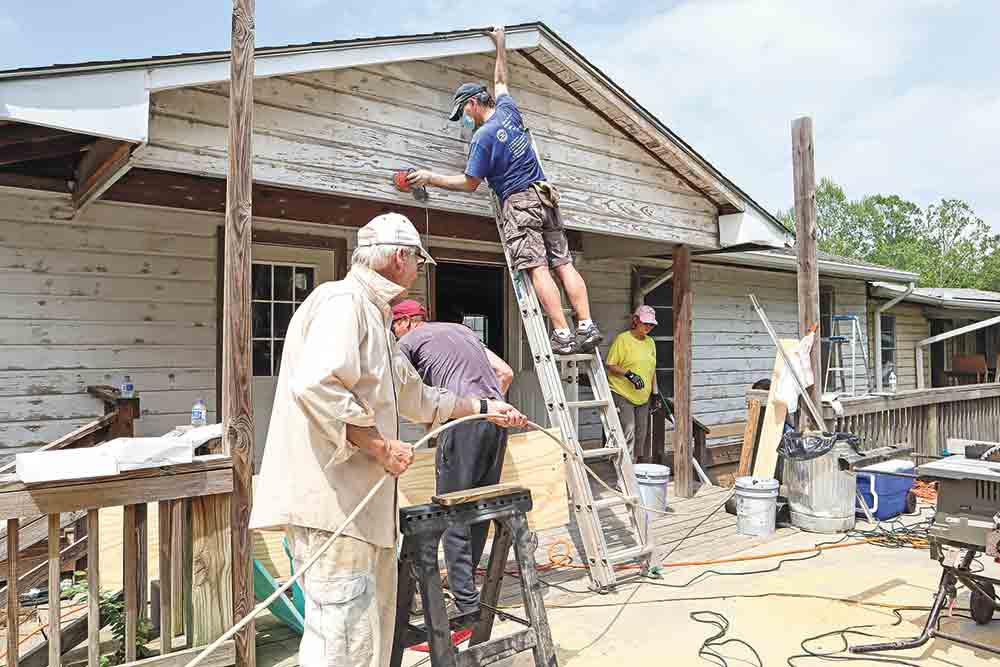 The Rotary Club of Livingston recently participated in a project to assist the Society for the Prevention of Cruelty to Animals (SPCA) of Polk County with some improvements to the front façade of its facility located at 802 S. Houston. With the guidance of Ron Hornsby, executive director of the SPCA of Polk County, local Rotarians removed and replaced some old and rotten wood. They sanded down some of the older wood to try to remove the old paint. They also did a lot of caulking, then repainted a good portion of the front. They did some weed eating and used plywood to put soffits under the overhang. Funding for the project was the result of the local club’s successful participation in a matching grant program. Half of the project was funded by a grant from Rotary District 5910 which receives grant money from The Rotary Foundation, an international fund, and the Rotary Club of Livingston funded the other half. The local club has the opportunity annually to apply for a district grant. The club provides a certain amount and if approved, then the district matches that amount. It’s like a return on contributions from the community that is then used in the community. Photos by Emily Banks Wooten