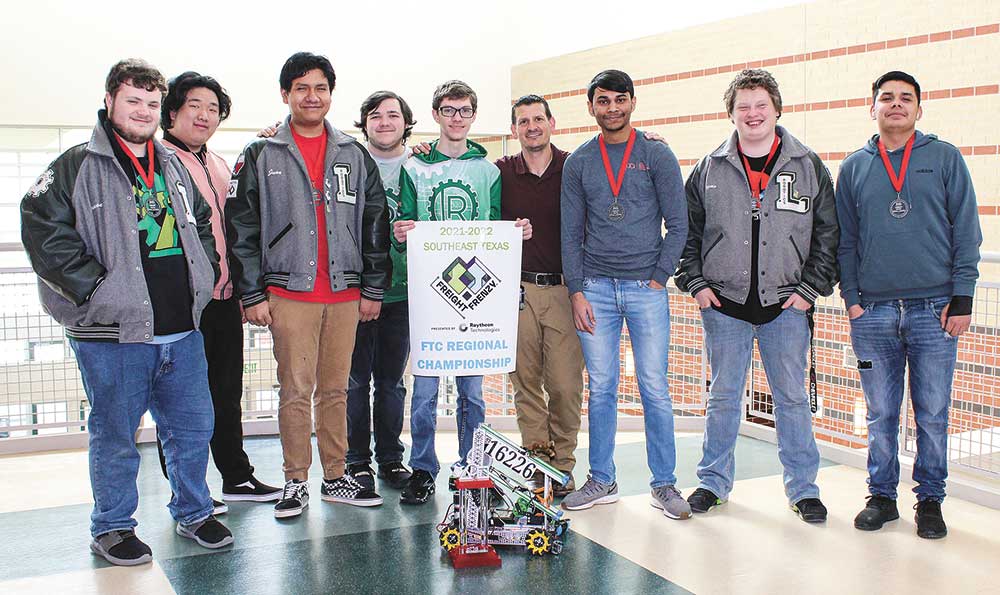 On March 5 two Livingston Robotics teams competed in the South East Texas Regional Tournament.  Team 16226, True Damage, Made up of Raqeeb Anjum (Head Programmer/Driver), Trevor Warren (Programmer), Juan Torres (Driver), Eduardo Medina (Builder), Zachary Drewett (Builder), Logan Alexander (Pit crew), Pengyu Chen (Engineering Notebook), and Brannon Boyd (3D printer Designer), Finished first place in the tournament becoming Regional Robotics Champions for the second year in a row. This win allows Livingston Robotics to advance to the UIL Robotics State tournament for the fifth year in a row. Livingston Robotics has also earned a spot to compete in the Robotics Worlds Tournament held in Houston from April 19 through April 23.  Only two teams from each region get to advance to this level.  There are a total of 75 regions around the world.  There are a total of 5 Regions in the State of Texas.  This means that True Damage is one of the top 10 teams in the State of Texas.  Courtesy photo