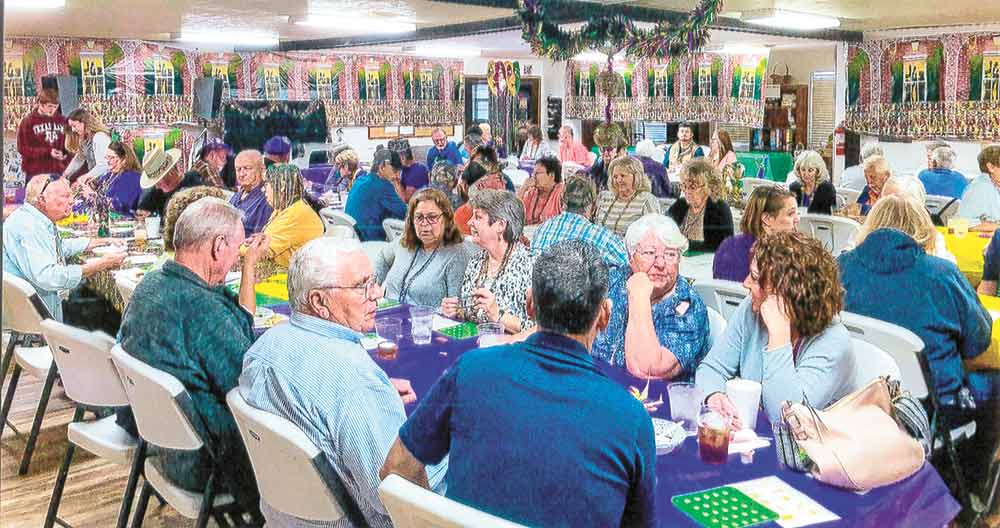 A Fat Tuesday bingo supper was held as a scholarship fundraiser at the Onalaska First United Methodist Church. Courtesy photo

About $5,000 was raised through the event and all proceeds will go toward scholarships for seniors graduating from Onalaska Junior/Senior High School.

The fundraiser was the brainchild of Mary Helen Wolf, a member of Onalaska FUMC. Wolf’s mother, Nita Barker Regan, funded scholarships for graduating seniors in her community for many years and derived great joy from it. Wolf decided to do it in her community of Onalaska in her mother’s honor. In 2019 she put on a style show and luncheon for the ladies which raised about $1,000. Although she’d planned to have her mother present the scholarship, her mother passed away about a month prior to the fundraiser. It was then that Wolf decided to name the scholarship after her mother.

Then COVID came and everything kind of shut down.

Wolf said a new couple from Louisiana, Roger and Brandi Malaison, moved to town and joined Onalaska FUMC. She said the church hosts a fellowship supper once a month and one month Roger made gumbo and everyone had a fit over it.

That was when Wolf hatched the idea of having a gumbo/bingo fundraiser. She said she approached the pastor about it and he thought it was a good idea and then she approached Roger and he graciously agreed to it as well.

Wolf said she started working on it in November and December but really turned it up in January. She went door to door throughout the community seeking prizes from the merchants of Onalaska. She was so successful in her mission that 27 gifts were given out between bingo games and drawings.

A hundred tickets were sold and she said that while she probably could have sold more, she didn’t because she didn’t know where they’d put them because the fellowship hall was so packed with people.

She and her committee spent numerous days decorating the fellowship hall in a Mardi Gras theme and she said everyone really enjoyed the event which will now be held annually. With the funds raised, she said they’ll be able to give either four or five $1,000 Nita Barker Regan Scholarships to Onalaska students this spring.

In fact, she’s already dropped off the scholarship applications with the school counselor. The selection criteria will be based on financial need, academic record, extra-curricular school and/or community activities and a personal interview.

The scholarship applications must be postmarked no later than April 1.