Beto O’Rourke will be in town Sunday with his People of Texas Town Hall to ask East Texas to support his bid to be the next Governor of Texas. The Beto campaign will host the town hall at 1 p.m. at the Across the Tracks Live Music Venue at 309 N. Jackson in Livingston.

“The club is excited that the Beto campaign is putting a focus on the voters of rural East Texas,” Willie White, president of the Democratic Club of Polk County, said. “We have a lot of voters who have felt that many past statewide campaigns ignored the rural voters. But Beto, now and during his senate race, has shown a real interest in the needs of rural East Texas.”

“But Beto is also addressing the needs and interest of younger voters, students and non-students alike, to bring them into the political life of Texas. Beto wants to tap the full potential of Texas, and we are joining him to make that happen,” Turney said, adding, “We also invite and encourage Republicans and Independents to take a look at what Beto has to offer Texas.”

O’Rourke is a fourth-generation Texan from El Paso and served in the U.S. Congress from the 16th Congressional District before becoming a candidate for higher office. He has directed his campaign message toward the Texas power grid problems, COVID-19, jobs, schools and education, health care, gun safety, voting rights and immigration.

“Beto is aware of the many problems facing Texans and the great potential we Texans have as we address them,” White said. 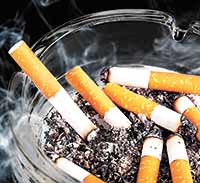 A Polk County Correctional Officer found herself on the other side of the bars Thursday, as she was arrested after an extensive investigation.

The sheriff’s office investigated and charged both with prohibited substance/item in a correctional facility, a felony 3 offense.

The corrections officer was immediately placed on administrative suspension, pending the investigation. Noack has been employed as a correctional officer in the Polk County Jail since December 2021.

Detectives discovered through their investigation that Noack purchased and delivered tobacco products to an inmate, receiving cash payments for doing so. Once delivered, Jacobs provided tobacco to other inmates for profit.

After conducting interviews with the parties involved, detectives were provided with evidence and information as to how all transactions were made.

Jacobs was also charged and given a $5,000 bond. He is currently in jail for capital murder, aggravated kidnapping and several drug possession charges.

Polk County Sheriff Byron Lyons would like for all to know that he will continue to investigate and prosecute any misconduct or violation of the law by any employee of the Polk County Sheriff’s Office, if an investigation finds that they have violated the law. Two students at Livingston High School were booked into the Polk County Jail Thursday morning, each receiving the same charge.

Unlawful restraint of someone less than 17 years of age was the charge for both Jacob Newman Haynes, 18, of Livingston, and Landon Eugene Leggett, 17, of Goodrich.

Through a release from last week, Livingston ISD said an investigation began after the district official were notified earlier this month.

The Enterprise has learned that the two were involved in an altercation with a younger student-athlete in the Livingston program.

Leggett and Haynes have been held out of athletic competition since last week. Starters on the varsity baseball team, the two helped the Lions to what is now a 7-1 district record, good for first place in 21-4A.

Delbert Dewayne Harris, 67, had nine warrants from the Walker County Sheriff’s Office. He is said to be the former owner of a wrecker
service in Conroe.

A precinct 3 deputy was advised that Harris had recently moved to Polk County. The charges of sexual assault of a child and indecency with a child span from 2012 to 2020.

Harris was arrested at his residence by deputies and booked into the Polk County Jail. Justice of the Peace Precinct 3 Judge Robert Johnson set all bonds at $50,000 each.

The Enterprise has been made aware of an incident that occurred on campus at Livingston High School. The school district released a statement on the incident Friday.

The Enterprise will have more on this story when LISD finishes the investigation.