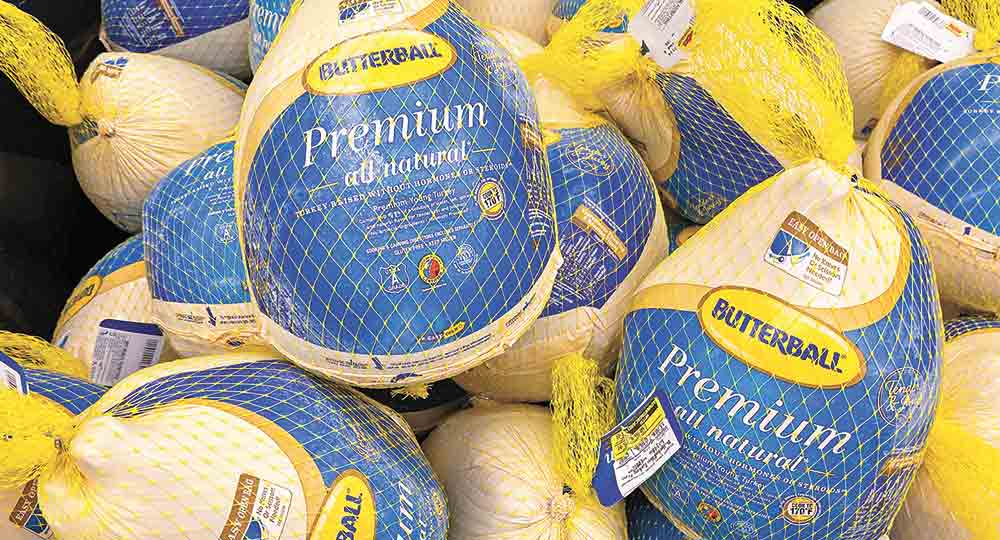 Cold storage stocks of whole turkeys are about 3% lower than last year.

Turkey prices have been on the rise with Thanksgiving Day still more than a month away, according to a Texas A&M AgriLife Extension Service expert. Market forces coupled with a force of nature – avian influenza – have disrupted the supply chain and caused turkey prices to trend upward, leading to shortages for some wholesale buyers. Wholesale prices for whole turkeys are sky high, said David Anderson, Ph.D., AgriLife Extension economist, Bryan-College Station. Last year, turkeys reached a record high of $1.39 per pound in early November, but that price had climbed $1.79 per pound by Oct. 15, according to U.S. Department of Agriculture data.

Anderson said the primary driver of this increase on already historically pricey whole birds has been bird losses to highly pathogenic bird influenza outbreaks over the past several months. The highly contagious and deadly avian influenza began hitting U.S. poultry production this spring, with the first case in a Texas poultry flock reported on April 2. The USDA-Animal and Plant Health Inspection Service reported more than 47.45 million commercial poultry birds, including broiler and egg-laying chickens, turkeys and various fowl have been lost to the virus that has been reported in 42 states, including Alaska. The disease has hit hard certain production farms that have egg-laying chicken flocks and turkeys.

For this year, turkey production is about 5% less than last year. “The outbreaks may not be making headlines, but they are popping up here and there still,” Anderson said. “I saw that it wiped out 50,000 turkeys at a farm in California, and it is happening to other poultry farms. These occurrences have dramatically impacted wholesale turkey prices and availability for some businesses.”

Anderson said the avian flu impact on turkey is especially disruptive because the length of time it takes to grow them – eggs incubate for 28 days and another 10-18 weeks for those hatchlings to reach their harvest weights. That means turkey flocks, and other longer-term poultry like egg-laying hens, are at risk of potential exposure to the pathogen. It takes 3.5-5.5 months to replace a flock lost to avian influenza. Holiday shoppers should not fret, he said, but they should be prepared to buy early or shop around for a Thanksgiving Day centerpiece turkey.

The good news is that Anderson is not concerned about a shortage of whole birds for the holidays. Stocked turkey supplies build throughout the year to make sure they are available to major grocers in November. Most grocers have order contracts with suppliers that are set up to a year in advance. Demand from big buyers like major grocers will be the priority when it comes to the available supplies. Anderson said cold storage stocks of whole turkeys are about 3% lower than last year according to USDA cold storage stocks data, which indicates suppliers are working to meet holiday demand. While the data shows about 13% fewer tom turkeys in storage, there are about 12% more hens in storage.

The price of whole turkeys could be higher at grocery stores, he said, but grocers may also take losses on whole birds as features or specials to entice consumers into stores in the hopes they continue shopping for other items. Consumer preferences on turkey brand, size, fresh or frozen could all play into the price and availability, Anderson said. But grocers also know consumers might consider other options – a ham or rib roast – and competitive deals by one store could drive others to commit to a more enticing deal.

“As a consumer, it might be a good idea to have a strategy this year,” he said. “Last year, when prices were high, I went to the store the first day because we wanted a particular size. The store had specials on them then, but then I saw a store had a terrific deal on turkeys the day before Thanksgiving. They had turkeys still on hand and needed to move them, and that translated into lower prices.”

When it comes to turkey, historically there are two major markets for birds – deli meat and whole birds for the holidays. There is niche demand for turkey legs around fair season and consistent demand for turkey breasts from restaurants, but the bulk of turkey is committed to deli meats and Thanksgiving. While large grocers and big buyers of turkey may be facing higher prices, the demand for whole birds and turkey breasts amid a continuing avian influenza outbreak is stressing smaller-scale buyers such as local meat markets and restaurants. The local deli that brines and bakes its own birds or barbecue joints with smoked turkey are struggling to find wholesale sellers willing to part with stock.

“I’ve had this conversation with multiple mom-and-pop businesses about the wholesale turkey supply,” he said. “It’s not because they’re high priced; it’s that they can’t even get them, and that’s really hurting those smaller buyers.”  n 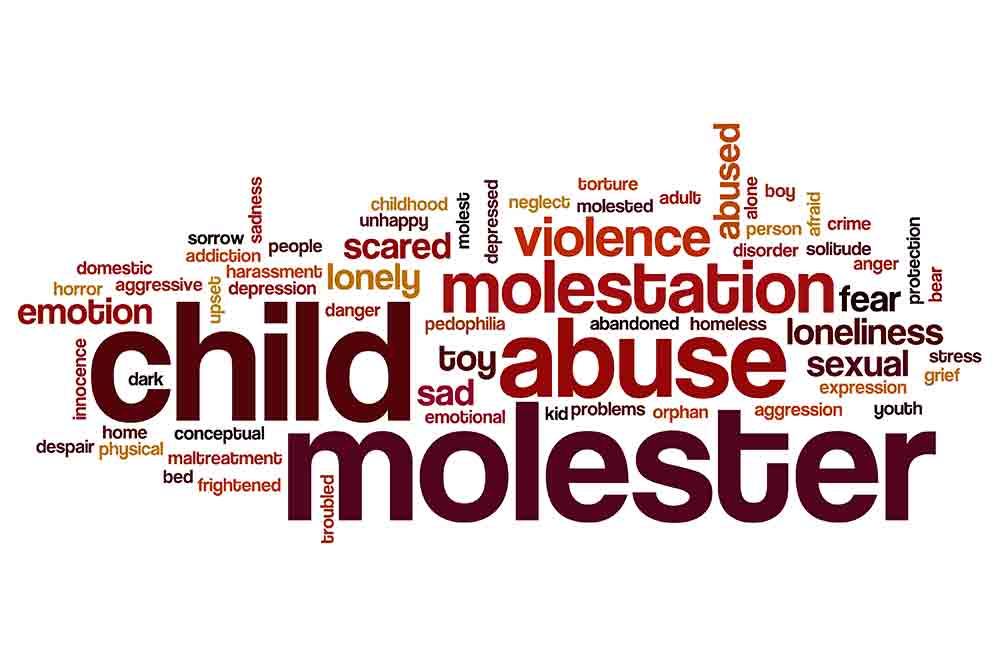 “We’re truly sickened and saddened and frustrated. Just like any other school district, our first order of business is the safety of our students,” Leggett ISD Superintendent Jana Lowe said. 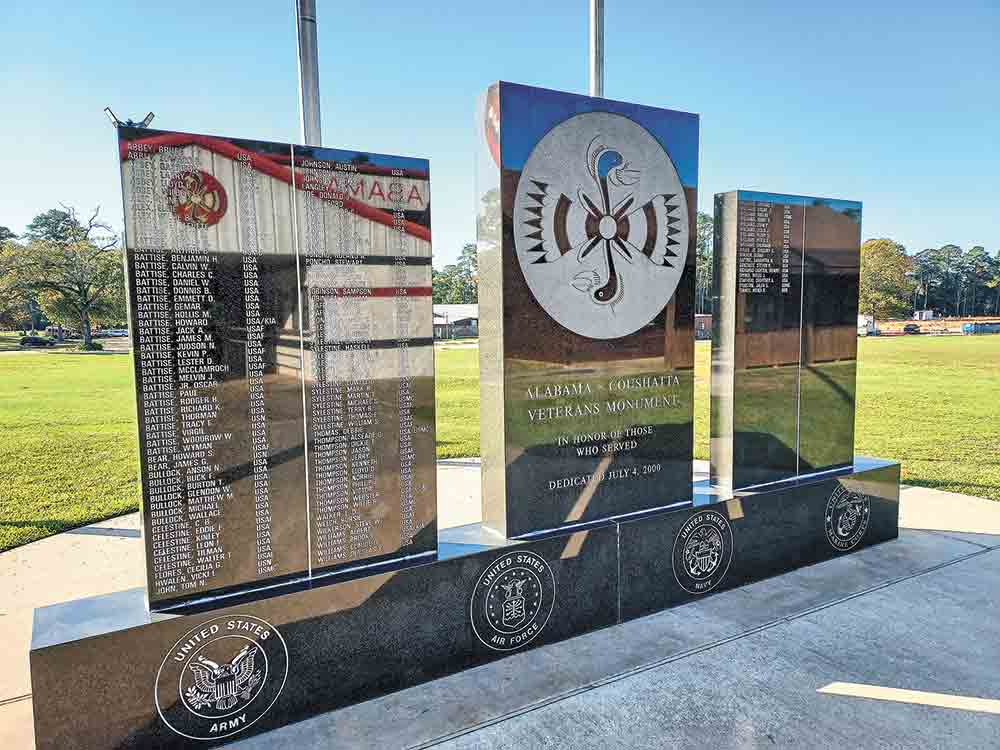 The Alabama-Coushatta Tribe of Texas’ Tribal Veterans Pavilion is located on the grounds of the Alabama-Coushatta Indian Reservation. Dedicated July 4 of 2000, it lists members of the tribe who have served along with the branch in which they served. Courtesy photo

Citizens of the Alabama-Coushatta Tribe of Texas who have served in the U.S. military are heading to Washington, D.C. this week for the dedication of the National Native American Veterans Memorial.

Throughout this country’s history, Native Americans have served in the U.S. military, even before they were recognized as U.S. citizens.

“This is our country and it is our duty to serve,” Roland Poncho, an Army veteran who is a member of the Alabama-Coushatta Tribe of Texas Tribal Council, said. “When I first started working for the tribe in 1969, there were seven council members who were veterans.”

Tribal citizens of the Alabama-Coushatta Tribe of Texas have served in conflicts ranging from World Wars I and II to Vietnam, and more recent wars in Iraq and Afghanistan. “There are about 10 tribal citizens currently serving in the military,” Poncho said.

Both men and women of the tribe have served in all branches of the military. The tribe has lost one citizen in combat – Marvin Ray Robinson, who was a tailgunner for a combat helicopter in Vietnam.

The memory of those who have passed and respect for those tribal warriors still here will be front of mind when the tribe’s veterans go to the nation’s capital for the dedication of the Native American Veterans Memorial. The dedication will be on Friday, which is Veterans Day, and will include a parade through the streets of Washington to honor the service of Native Americans in the military.

The National Native American Veterans Memorial opened on Nov. 11, 2020 on the grounds of the National Museum of the American Indian. This tribute to native heroes recognizes for the first time on a national scale the enduring and distinguished service of Native Americans in every branch of the U.S. military.

Throughout the Veterans Day weekend, the museum will host special events in honor of the dedication of the memorial, including performances by musical artists, presentation of colors by the Native American Women Warriors and hands-on activities.

The Alabama-Coushatta Tribe of Texas has the oldest reservation in Texas, located on approximately 10,200 acres near Livingston. The tribe is a fully functioning sovereign government with a full array of health and human services, including law enforcement and emergency services. There are more than 1,300 members, about half of whom live on the reservation. The tribe is governed by an elected tribal council and advised by the principal chief and second chief. 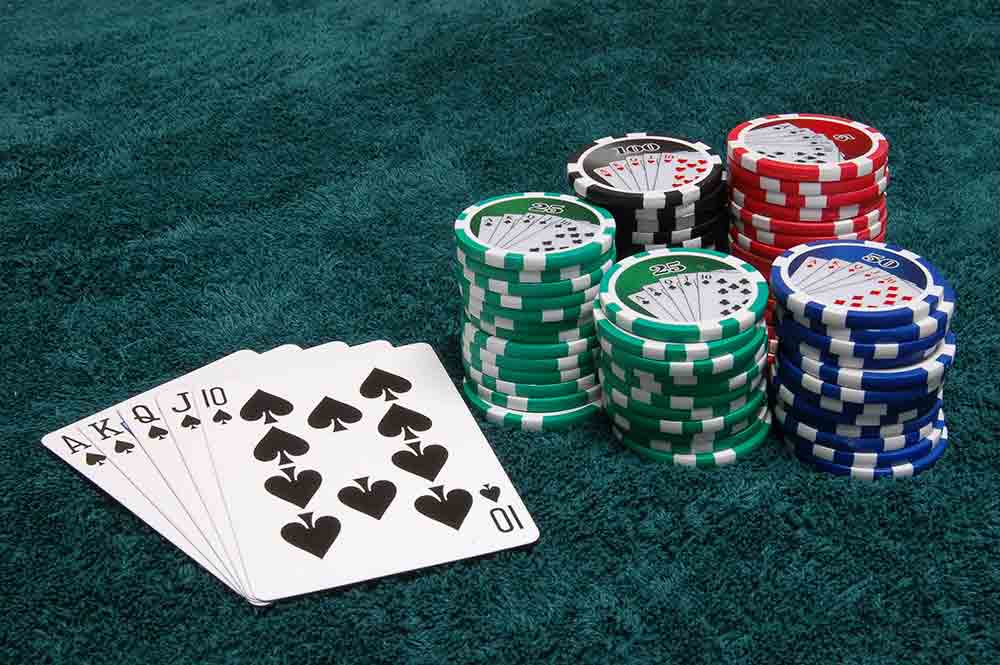 Polk County Sheriff Byron Lyons would like to remind the public that when these gambling locations open, crime always increases in the area of the establishment. The crimes commonly include armed robbery, illegal narcotics transactions, theft, stolen vehicles, burglaries, assaults, criminal mischief and disorderly conduct, just to name a few.

Operating a gambling establishment outside of the reservation of the Alabama-Coushatta Tribe and the Ysleta de Sur Pueblo Tribe near El Paso, in the State of Texas, is considered illegal. The Polk County Sheriff’s Office remains vigilant in investigating establishments of this nature, along with the criminal activity attached to the establishments, in an effort to improve the overall quality of life in these areas.

Per the Texas Attorney General’s Office, operating this type of establishment is a criminal offense, unless all payouts for winnings are in the form of non-cash merchandise prizes, toys or novelties. If found operating these types of establishments, any type of gambling paraphernalia, equipment, and proceeds will be seized.

At this time, no charges have been brought against any patrons of this gambling establishment. However, the sheriff would like the public to know that participating in gambling at one of these establishments is a crime as well and charges can be filed. 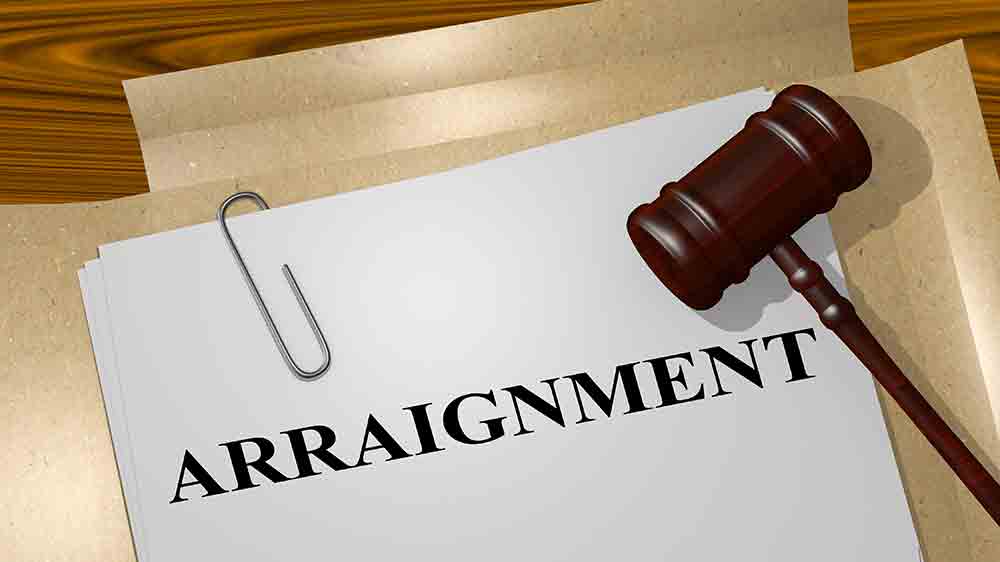 Roy Grant Wagner, 41 of The Woodlands, was arraigned Tuesday in the 258th District Court before visiting Judge Larry Standley of Harris County. Wagner was indicted by a Polk County grand jury in September for the felony charges of murder, manslaughter and failure to stop and render aid (fatality collision) stemming from the Sept. 24, 2021 crash on FM 350 South which took the life of 18-year-old Livingston High School Senior Cole Overstreet.

Wagner, through his attorney Wayne Hill of Houston, pled “not guilty” to the three charges. During Tuesday’s proceedings, Standley set an additional bond for Wagner in the amount of $50,000 on Wagner’s recent indictments for murder and manslaughter. Wagner was then taken into custody by deputies with the Polk County Sheriff’s Office until he could post bond.

He had previously made bond in the amount of $250,000 following his initial arrest for failure to stop and render aid on Sept. 26, 2021. In addition to the new bond amount, Standley added conditions to all of Wagner’s bonds that he not drive any motor vehicle, report monthly to the Polk County probation department, submit to random drug and alcohol tests, and maintain a curfew at his residence between 8 p.m. and 6 a.m. The next court setting in the case is scheduled to be held before Standley on Nov. 29, 2022.