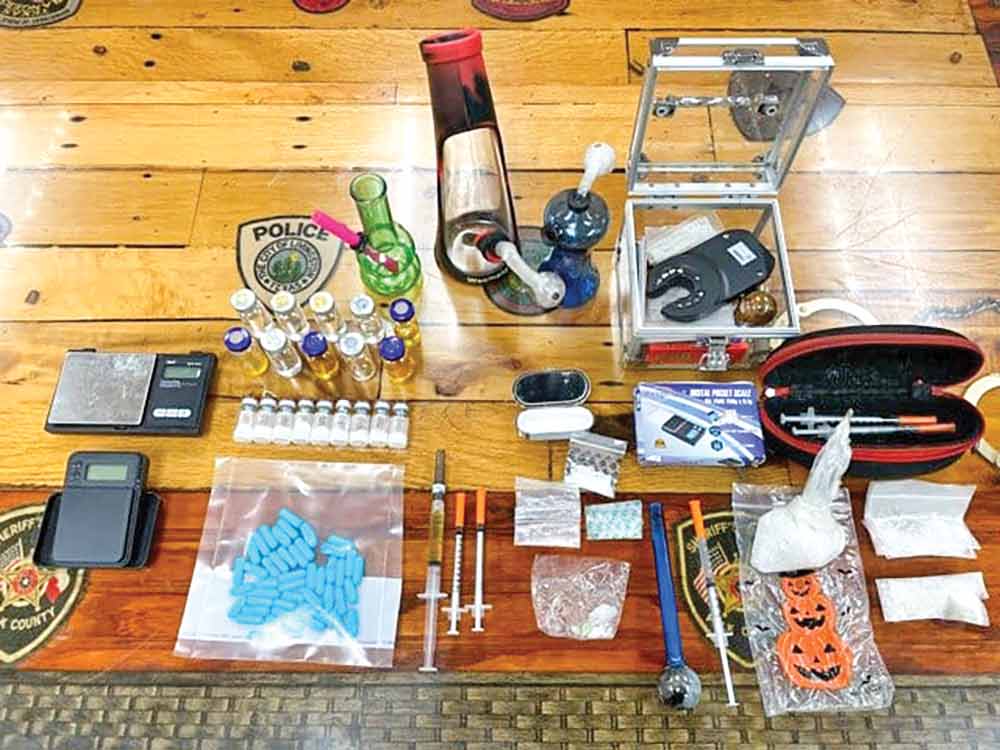 The Polk County Sheriff’s Office received a call of the child that had been observed on the highway in the Onalaska area. A deputy was dispatched, and the child was transported to the sheriff’s office while detectives worked to find the child’s parents or guardians and their location.

A short time later, narcotics detectives were able to pinpoint the child’s home with his parents and two siblings in the Cedar Point subdivision. Law enforcement quickly responded to the residence to check on the welfare of the other two children and further investigate the matter.

Officers located the two siblings at the residence. Also located at the residence was their mother, Brittany Jade Dykes, 34, of Livingston, and three other subjects identified as Bradlee Allen Scott, 46, of Waxahachie, Joel Alan Gilmore, 37, of New Caney and Elizabeth McCelvey, 44, of Latexo. Father of the children, Nolen Ray Dykes, 35, of Crockett, had recently departed the residence for the sheriff’s office prior to detectives’ arrival in attempt to pick up his child.

While on scene, officers obtained probable cause to apply for a search warrant of the residence and property. During the search, narcotics detectives located and seized numerous different illegal narcotics including methamphetamine and the items used to distribute the illegal substance.

All four subjects were arrested on scene. Brittany Dykes was charged with more than four grams and less than 200 grams possession of a controlled substance and abandoning or endangering a child.

Gilmore was charged with possession of more than a gram and less than four grams of controlled substance and prohibited substance in a correctional facility, having a syringe with illegal substance found on his person once taken to the jail.

Both McCelvey and Scott were charged with manufacture or delivery of a controlled substance more than a gram less than four. McCelvey also received a charge of tampering with physical evidence, after it was found that she had attempted to conceal the methamphetamine and items to distribute from detectives.

Nolen Dykes was interviewed at the sheriff’s office, where he was placed under arrest and charged with manufacture or delivery of a controlled substance of more than four grams and less than 200 grams, as well as abandoning or endangering a child. In the vehicle he drove to the sheriff’s office was a large amount of methamphetamine, prompting additional charges of prohibited substance in a correctional facility and no license plate.

Child protective services was contacted, and all three children were turned over to their care.