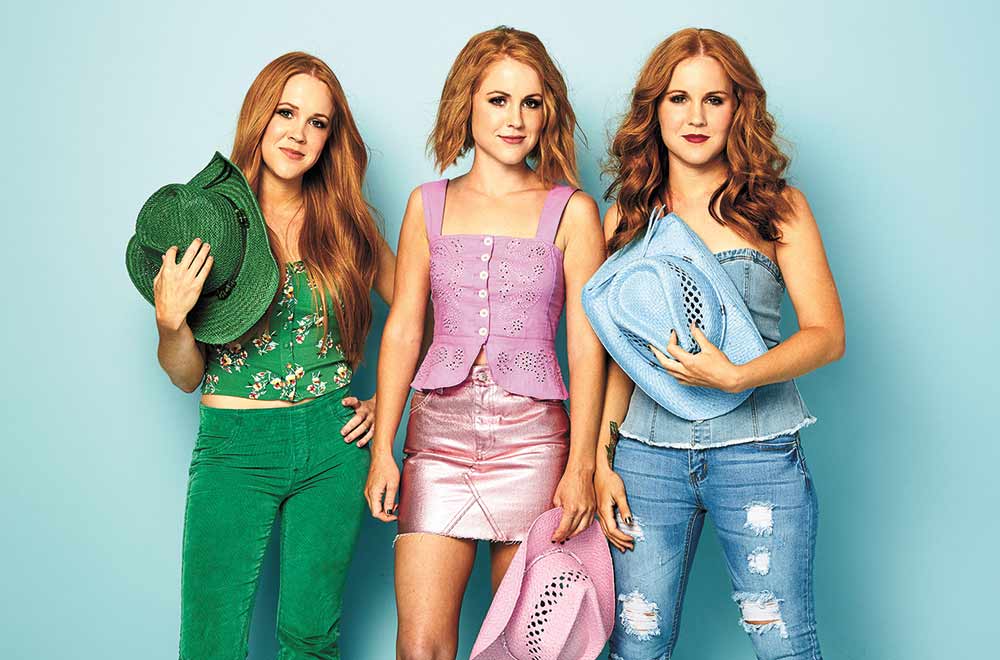 For its second show this season, Livingston Community Concerts will present Taylor Red at 7:30 p.m. October 16 at the Polk County Commerce Center.

Taylor Red is composed of identical triplet sisters hailing from Nashville. Nika, Natalie and Nicole Taylor make up the girl band whose sound is best described as fresh, fun and country. They are singers, songwriters, composers and multi-instrumentalists who play guitar, banjo, fiddle and mandolin. They were a Dove Award Nominee for Country Album of the Year in 2014.

“Their program is influenced by country artists such as Dolly Parton and Johnny Cash as well as pop music artists like the Eagles and Tom Petty.”

They have opened for Amy Grant, Charlie Daniels, Diamond Rio, Don Williams, High Valley, Josh Turner, Michael W. Smith, Neil McCoy, Ray Stevens and many others. They are also famous for their Sonic Drive-In commercials featured in 2020-2021. They have been featured in People Magazine not only for their music but also their success on social media. Thy have over 7 million followers on TikTok. They grew up in southern Mississippi and currently reside in Nashville.

Memberships in the Livingston Community Concert Association may be purchased for as little as $50 per person and family rates are also available. Membership will allow one to attend all concerts per season.

For additional information go to www.livingstoncommunityconcert.org or contact Sally Frasier at 936-967-0219.