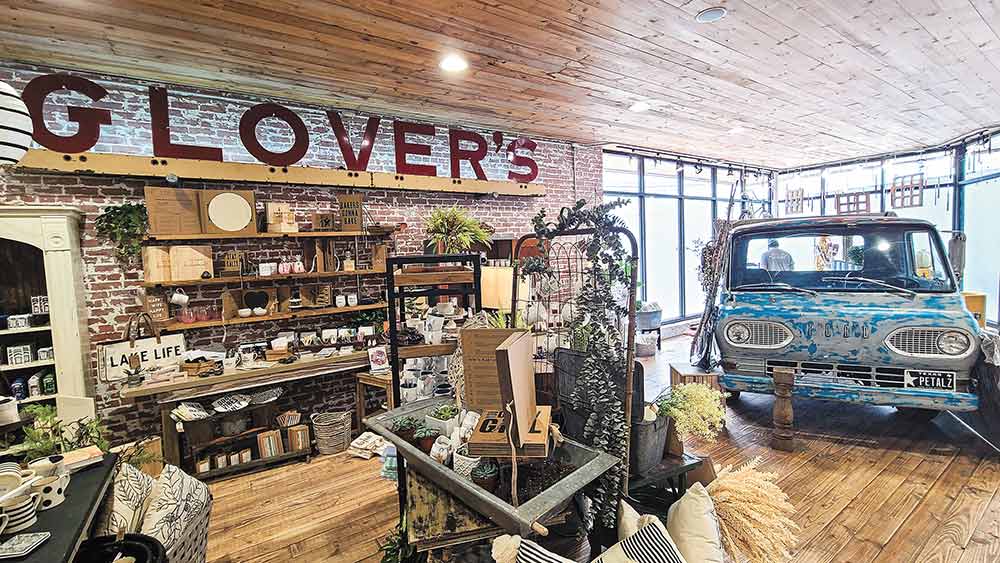 Petalz will hold its grand opening Wednesday. This sign from Glover’s was found on top of the Blue Duck. (Photos by Brian Besch | PCE)

Many of the buildings in Livingston’s old downtown on North Washington Avenue have sat vacant for years. In the last few months, however, those dark windows are beginning to fill with light, as businesses have moved in to help revive the area.

One couple, Jeremy and Andrea Buie, have plans for Petalz by Annie, Fain Theater, and The Plumber in Livingston. Petalz has moved locations and found a home at the corner of Polk and Washington.

“Glover’s Hardware was the original building,” Jeremy said of the boutique’s new site. “Before that, the original slab of the building was built to be the Fain Theater. Someone across town built another theater and it was bigger than this. So, Fain said, ‘I’m going to go over here and build one bigger.’ He built one bigger and put the guy out of business and this was bought by the Glovers and they made the hardware store. Then, it turned to Hawkins Hardware and then it was 100 different things.”

Everything has been restored to as it was originally except for a garage door. A truck that sits in the store will hold flowers and will eventually be repaired so it can run in parades. Customers will be able to pick fresh flowers off the truck and make their own arrangements.

The Plumber is also expanding, moving into the structure that was Petalz on Abbey Street. 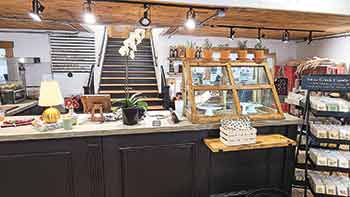 Petalz will have coffee, tea and a few treats available for customers.“We love being in downtown and we like being in the heart of the community,” Jeremy said. “In Huntsville, we have The Plumber office the same way — in downtown Huntsville. (Andrea) liked the corner being close to the Fain, because we own the Fain too. We like history, so anything that has some cool history, we want to be a part of it.”

The Fain will be the couple’s next project and Jeremy says it will return to the days of functioning as a theater. There will be a restoration, complete with a stage and what he calls “tons of work.” There have been holes in the roof for years, but movies, stage shows and events would all be possible once complete.

“We would like for it to be a community kind of thing. We would really like to have food there as well, so we’re trying to figure out how to get that all in there. It holds 540 chairs. That’s extremely huge for that auditorium, because it’s never more than 10% full.”

Plans may include the removal of some seating and a VIP section in the balcony with full service.

Those shopping for flowers and arrangements at Petalz can also enjoy a coffee bar, various teas named after areas and people in Livingston, as well as a few different snacks.

“Sydney Murphy found the sign on top of the Blue Duck. How in the world it got there? We don’t know. She contacted the Glover family and he told us that we could have it. He is the grandson of Mr. Glover and it was the first time he had ever been in the building. We tried to keep everything as original as it could be. When we got here, it was all boarded up and there was just a small window, so we went back to the original windows.”

A lot of work has gone into making the inside a Polk County destination, including all new plumbing and electrical. Small touches like artifacts from the old stores add plenty of charm. They have also made use of items left behind like swinging doors, a safe and a bicycle that was sold in Glover’s Hardware with flowers painted on and inscribed, appropriately enough, “Petals.” In order to make windows in the office upstairs, it took four guys seven days to bust through what Jeremy called the hardest wall he’s seen.

Yet, Jeremy and Andrea have intentions to bust through a few more walls. There is a passion to help revitalize the old downtown area and the couple is doing their part to bring it back, starting with the Wednesday opening of Petalz.

“We really want to bring more life to downtown. I think that this will give some people some vision or hope that it can still look good downtown. We really hope that it catches on. There is a lot of potential down here and I hope people take advantage of it.” 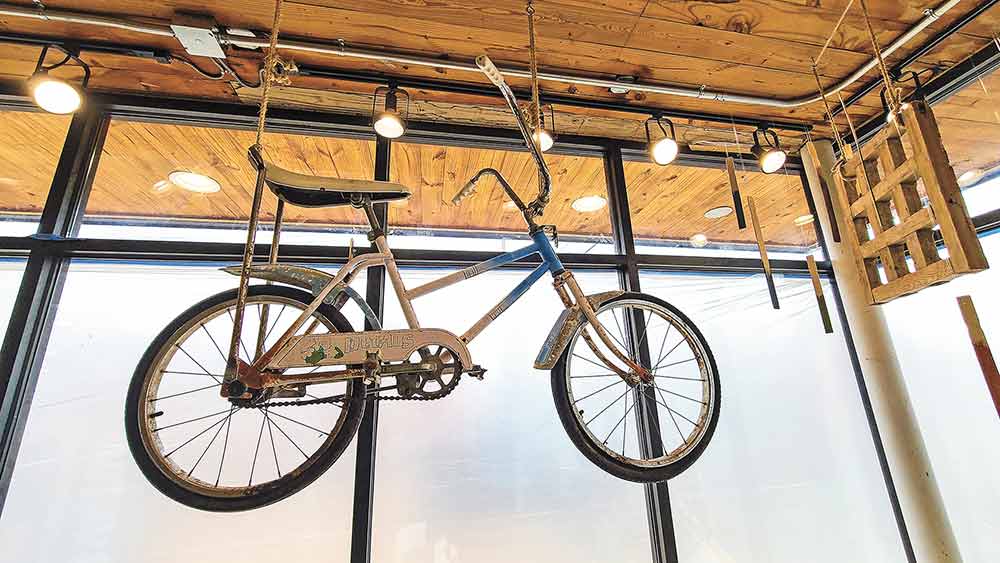 This bicycle was originally sold in Glover’s Hardware, the original store on the site.