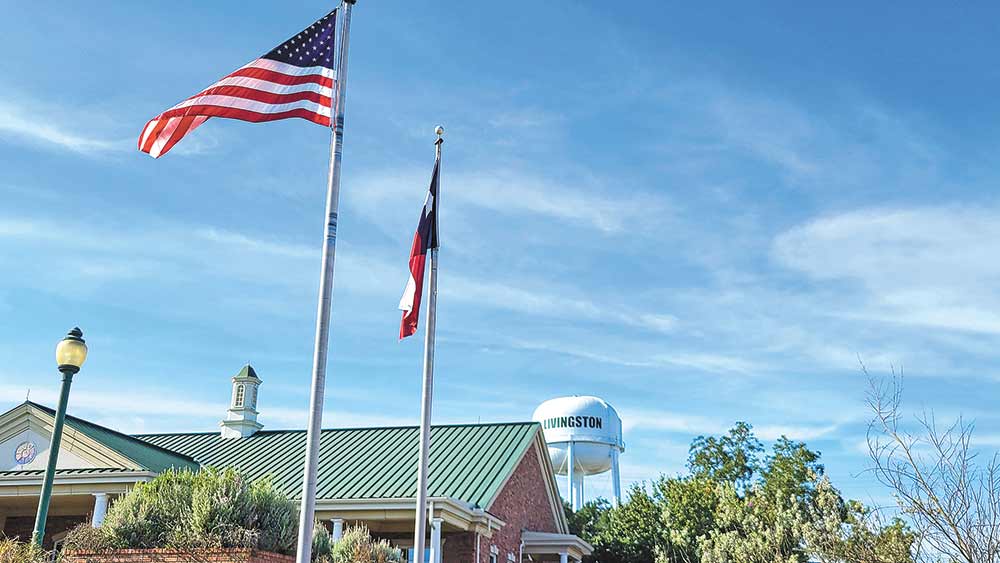 Following the terrorist attacks on Sept. 11, 2001, that occurred at the World Trade Center, the Pentagon and a field near Shanksville, Pa., flags throughout Polk County could be seen flying at half-staff.

Stunned office workers all over town huddled around televisions and radios to hear updates on the catastrophe. Although it was occurring thousands of miles away, it may as well have been here, as one could feel the quite pall that fell over everyone as shock and disbelief gave way to tears and anger.

Some may think that Polk Countians had nothing to worry about in conjunction with the attacks, but regardless, numerous precautions were underway locally that fateful Tuesday.

Although none of the school districts in Polk County closed or dismissed early that day, several campuses in the Livingston ISD were under a self-imposed lockdown.

As the Polk County Commissioners Court convened to hold a public hearing on its proposed budget, many people felt helpless and somewhat silly continuing to go through the motions as if it was an ordinary day

“The importance of this budget somewhat pales compared to what’s going on with our country right now,” John Thompson, then county judge, said.

Area law enforcement agencies were on alert and based on recommendations by the county’s Office of Emergency Management, extra units patrolled the courthouse area that day.

“We had no indication to think we were under threat, but wanted to do this as a precaution,” Bill Holder, then project manager, said. “At that time, we didn’t know if it might spread across the nation.”

The local hospital, then called Memorial Medical Center Livingston, and the Polk County Red Cross co-sponsored a blood drive to benefit the victims of the terroristic attacks.

“The Red Cross office, the sheriff’s department, the hospital and the county judge were receiving so many calls from people wanting to give blood, so Jay (Jay Dickson, then hospital director) and I got together and contacted Stewart Regional Blood Center to host it and they agreed to,” Dick Cooley, then the branch manager of the Polk County Red Cross, said.

An estimated 2,000 people decked out in red, white and blue turned out for Polk County’s “Proud to be an American” rally and candlelight service at Lions Stadium on Sept. 30. The event included a community choir, an essay contest, a tribute to citizens, a tribute to fire/rescue/law enforcement/military, prayer and a fireworks display.

In the days and weeks that followed, the Polk County Enterprise was tipped off to numerous local connections and managed to provide very localized coverage of the aftermath of the attacks.

Karen Burks Alexander, a 1987 graduate of Big Sandy High School and a member of the U.S. Army, was a staff sergeant assigned to the Office of the Deputy Chief of Staff for Operations and Plans at the Pentagon. Were it not for a shift change, she would have been there when the attack occurred. She later told her mother, Earline Burks, that if she’d been sitting at her desk, the plan would have been in her lap.

Kelly Kohrman Fahel, a 1996 graduate of Livingston High School, lived in Northern Virginia at the time and worked for one of the federal government agencies right outside of Washington, D.C. She was flooded with calls and emails that day from people from her hometown who were worried about her and inquiring as to her welfare. Every day going and coming from work she drove by the Pentagon, the road she traveled being on the side where the attack occurred.

R. Keith Bullock, an Alabama-Coushatta tribal member, lived in New York at the time and worked on 46th Street. He contacted his parents, G. Wayne and Genny Bullock, that morning to report his safety and later followed up with an extensive email detailing what he saw that morning. “I walked in amazement at what was unfolding, but the worst sight was yet to come. I was heading in the south direction and I could see the building (about three miles in the distance) with the smoke just billowing out of it. At that time, I didn’t know that the first tower had already fallen. Then, before my very eyes at 10:28 a.m., I saw the second tower collapse. It was a sight that is imprinted in my memory and part of the New York skyline just disappeared.”

Travis and Gladys Jane Helpenstell were relieved when they received an email from their nephew, Lt. Col. Alan Maitland, who worked in the Pentagon, that he was okay. “I was on Corridor C showing another LTC where somebody was located when the building rocked and black smoke was seen from the window. I could not return to my office due to smoke and others saying the ceiling had collapsed. I returned (later) to offer assistance and was amazed at the damage … no evidence of a plane since it appeared to have either burned completely up and/or was under all of the rubble.”