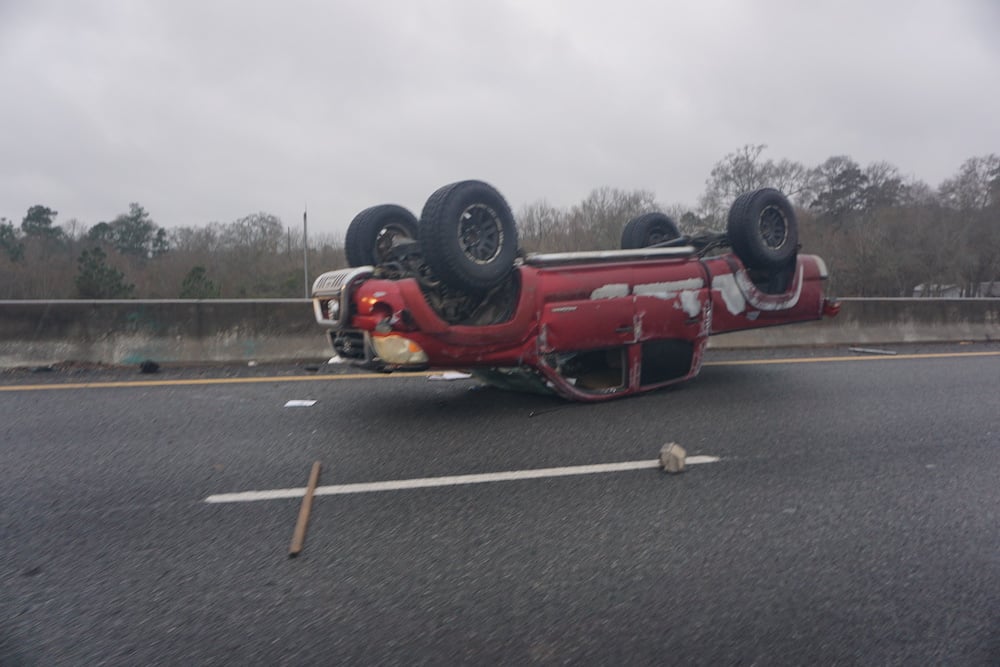 PHOTOS BY JASON CHLAPEK AND PAM NOBLES I PCE Winter weather made driving conditions treacherous for a Toyota pickup truck and an 18-wheeler earlier this week.

Like the majority of the state of Texas, Polk County was not spared by Mother Nature this week.

A winter storm came through most of the state Sunday night and Polk County was one of the storm’s destinations. The storm left snow on the ground, which prompted schools and some businesses to close its doors because of adverse travel conditions.

Polk County Judge Sydney Murphy called a declaration of disaster from Sunday to Wednesday. The northern portion of the county received 4-6 inches of snow, while Livingston received 3-4 and the southern portion received 1-2.

Temperatures did not go above freezing (37 degrees) and are not projected to until Friday when the high is supposed to be 43. Temperatures dropped to as low as 4 Tuesday morning. 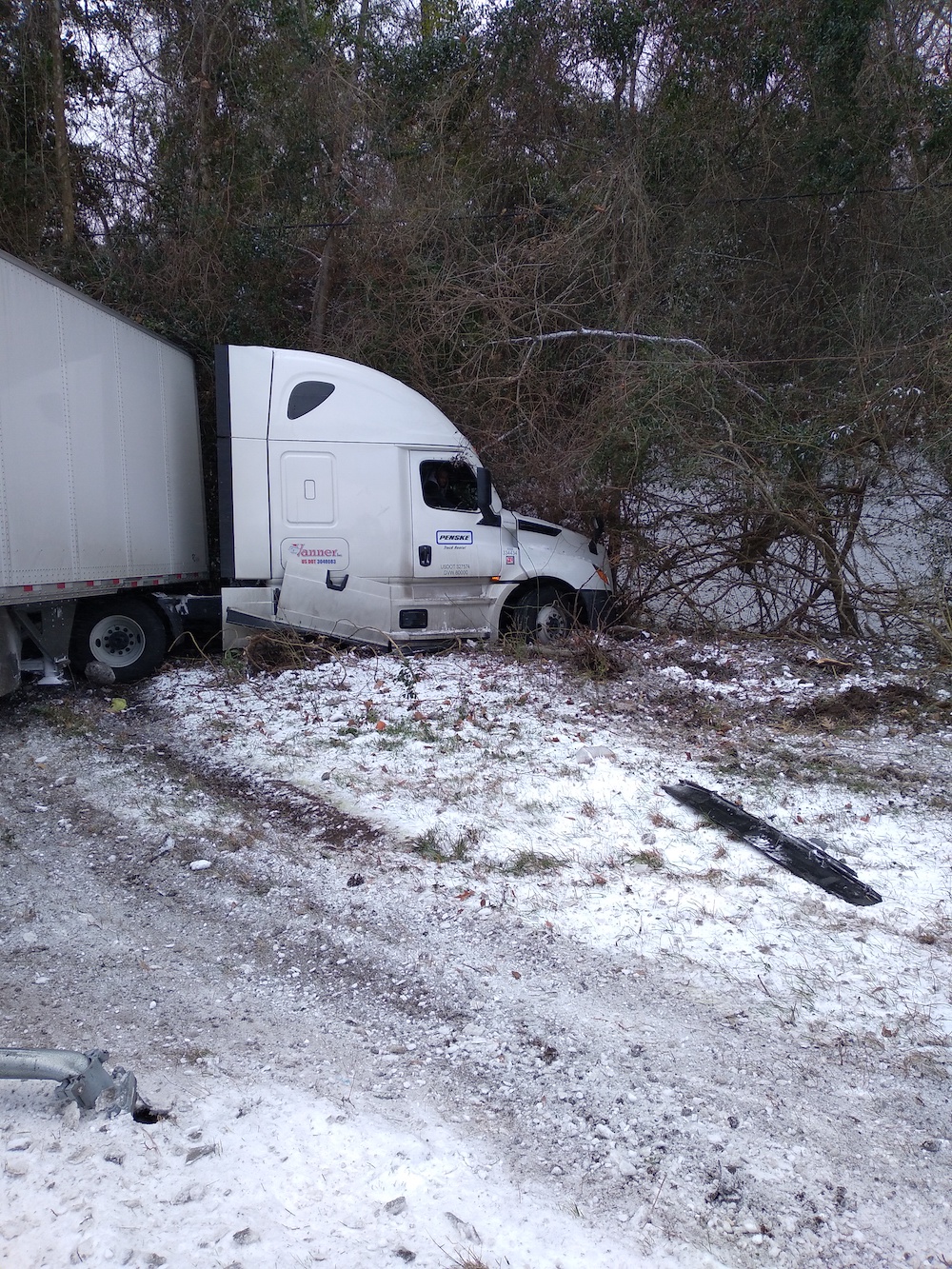 As of press time, the Polk County Office of Emergency Management reported that approximately 2,600 homes were without water and 292 were without electricity. A second cold front was projected to sweep through the county Wednesday afternoon, which would make driving conditions treacherous again.

All six county school districts – Big Sandy, Corrigan-Camden, Goodrich, Leggett, Livingston and Onalaska – either closed or performed virtual learning Monday, Tuesday and Wednesday. C-CISD is closed for the remainder of the week, Goodrich is closed today and the other districts didn’t make a decision about today or Friday as of press time.