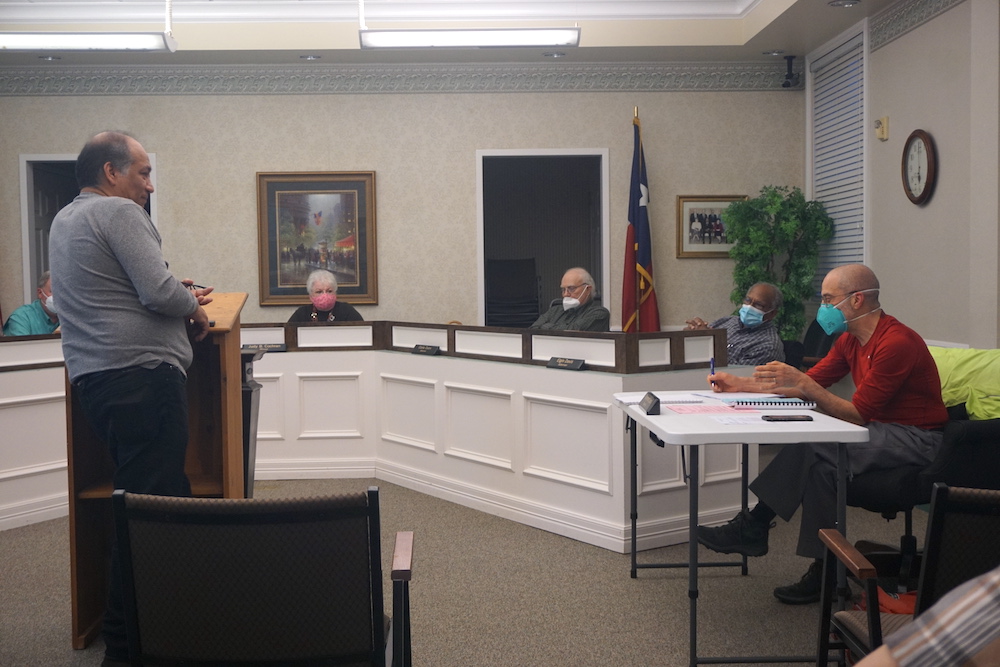 A Livingston home owner will be given time to formulate a plan to save his home.

Ricardo Perez, whose family has owned a home on South Washington in Livingston for nearly 40 years, has until March 9 to come up with a plan to salvage the unsafe or dilapidated property. There are certain criteria Perez must follow to convince Livingston city council aldermen that his home is worth saving.

“Mr. Perez will be given until our next council meeting to find a contractor to repair the home and provide us with a plan on how much the repairs will cost and when they will be complete,” Livingston city manager Bill Wiggins said. “We don’t want to tear down other people’s property. We want to give them the opportunity to salvage it.”

Perez was present at last Tuesday’s monthly city council meeting and presented his case as to why he believes he can save his home, which has been vacant since 2006. The public hearing, which was nearly an hour long, was one of two on the evening.

The first public hearing involved the abandoned motel that once served as the Holiday Inn, Ramada Inn, Knights Inn or Royal Inn. The building, which has been vacant since December 2011, was ordered for demolition by the city back in October.

The owner of the property, Indira Patel, has taken action by hiring a firm to proceed with the building’s demolition. The demolition process is to begin this week, weather permitting.

The city also received a positive audit for the 2019-20 fiscal year. Kevin Bienvenu and Steve Palmerton of Harper and Pearson Company presented the audit.

“I thank the Good Lord for the good audit,” Wiggins said. “We were one of a few cities who actually had a sales tax increase in spite of Covid-19.”

The city also approved the final payment to Maguire Iron, Inc., who constructed two elevated water storage tanks. The payment is in the amount of $129,108.

The city also approved a public hearing for next month’s meeting on an unsafe or dilapidated property located on West Church Street, and Wiggins gave the city manager’s report. Wiggins said that ground work has begun for Chick-Fil-A, construction has started on Starbucks, and permits have been issued for Blue Wave Car Wash, Panda Express and T-Mobile.