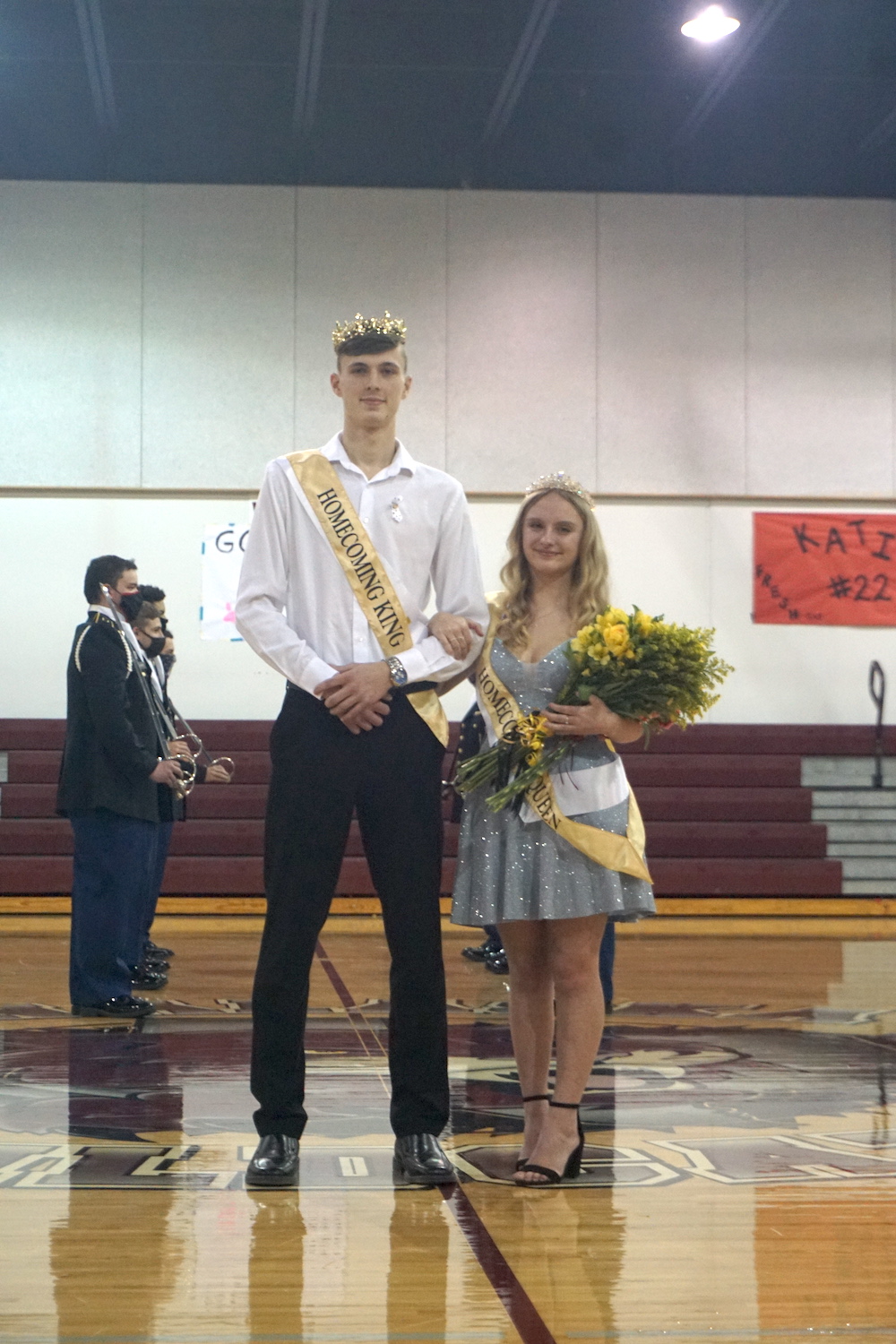 The king and queen were crowned, the freshman, sophomore and junior classes each had representatives, and it took place in the Onalaska gymnasium. What was missing was a basketball game.

Because of Covid-19, District 23-3A – Onalaska’s district for basketball – decided to have split sites for its games where the boys teams play a district opponent at one location and the girls teams play at the other. This caused Onalaska administrators to make an unusual decision.

“There was not a night where the boys and girls played in the same gym where we could have the ceremony,” Onalaska Junior-Senior High School principal Robyn Thornton said. “So, we made the decision to have it on a night when we didn’t have any games. This way students and parents could attend.”

“When I first came here, it was varsity girls game, coronation, then boys varsity game,” she said. “But we learned that neither group could get ready fast enough for coronation, so we moved it to after the games to help the kids have more time to get ready. But many people didn’t stay around so we didn’t have that much attendance.”

William Boyce, Alex Casner and Brady Neuman were the other king candidates, while Kierra Anstee, Avery Schamerhorn and Jordyn Shutter were the other queen candidates. Kylie Sisk was the junior class duchess and Layne Purkerson was the junior class duke; Briseis Sabino was the sophomore class baroness and Logan Eagle was the sophomore class baron; Reese Peavy was the freshman class lady and Bryan Wyatt was the freshman class lord.

The crown bearers were Andy Strong and Taylor Treuter. Dylon Goins was the Master of Ceremonies and Shelbi Bennett was the Mistress of Ceremonies.

“I think this could be the start of a new tradition,” Thornton said. “It was great. We had a large group and were very pleased with the number of people who came out. I think we could continue to grow something like this. I hope we’ll be back to having a school dance next year and hopefully do this on a Saturday night with a school dance to follow and an alumni reception in the library. Hopefully this will encourage more former students to come back.”