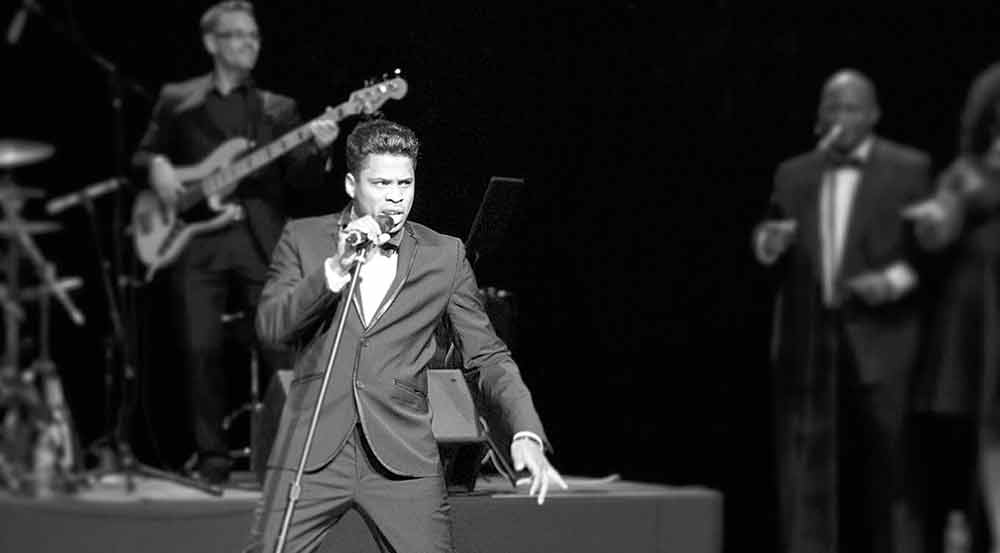 Memberships in the Livingston Community Concert Association may be purchased for as little as $50 per person and family rates are also available. A membership allows one to attend all concerts per season. For additional information go to www.livingstoncommunityconcert.org or contact Sally Frasier at 936-967-0219.

A teacher in the Lake County School System by day, Gregory moonlighted as an actor in Chicago’s theater district at night. He wrote and produced both plays and musicals for his students – inspiring them and nurturing their creative talents.

He became a full-time actor and performer soon after landing the lead role in the critically acclaimed stage play The Jackie Wilson Story (which had a three-year run of sold-out performances) at the Black Ensemble Theater in Chicago. He has since performed all over the world in iconic roles on stage and on screen.

His performance in The Jackie Wilson Story gifted him with an opportunity to perform for Michael Jackson, who gave Gregory a standing ovation. The same week of the Jackson performance, he debuted as “Seaweed” in the Tony Award winning “Hairspray.” He has since starred in multiple Broadway musicals including “Tarzan,” “Cry-Baby,” “Sister Act,” and “Fences.” Additionally, he has toured and performed internationally with “Motown the Musical,” “Dreamgirls,” and “Sister Act.”

Gregory has received multiple awards including an NAACP Theatre Award and Joseph Jefferson Award. He has received keys to his home city of Gary, Ind. as well as East Chicago. He has also received other awards – the Black Theater Alliance Award, the Black Excellence Award, the Special Recognition Award from the National Black Theatre Festival, New York Post Favorites and Broadway World.

In 2013 he created, produced and starred in the one-man show, The Eve of Jackie, which premiered in New York to sold out audiences at 54 Below and at Chicago’s Black Ensemble Theater. His production was then chosen to headline the National Black Theatre Festival. Gregory continues to perform to sold out audiences across the country. This will be a performance not to be missed.