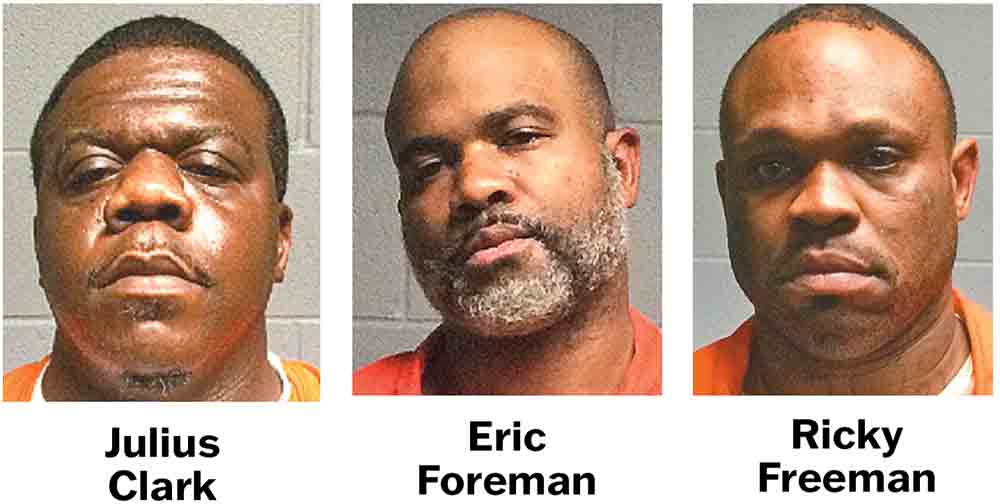 The Polk County Sheriff’s Office, along with Corrigan Police Department, executed a warrant service at a residence off of Pipeline Road in Corrigan. Deputies were advised that there were multiple subjects with active felony warrants, living at the residence.

Deputies arrived on the scene and made contact with four male subjects. Two of the four subjects had active warrants and were immediately taken into custody.

While on scene, deputies received additional information that another wanted subject could be found at a nearby RV park. The deputies subsequently located the subject, who was also arrested for an active felony warrant.

The subjects include Eric Don Foreman, 38, wanted for aggravated assault causing bodily injury, resisting arrest and assault by threats or physical contact. Julius Kennard Clark, 39, was wanted for theft of property with a previous conviction. Ricky Wayne Freeman, 41, was arrested for unlawful possession of a firearm by a felon, possession of controlled substance and possession with intent to deliver, and bail jumping a parole warrant.

All subjects were arrested and transported to the Polk County Jail, where they were booked, without incident, on their active felony arrest warrants.