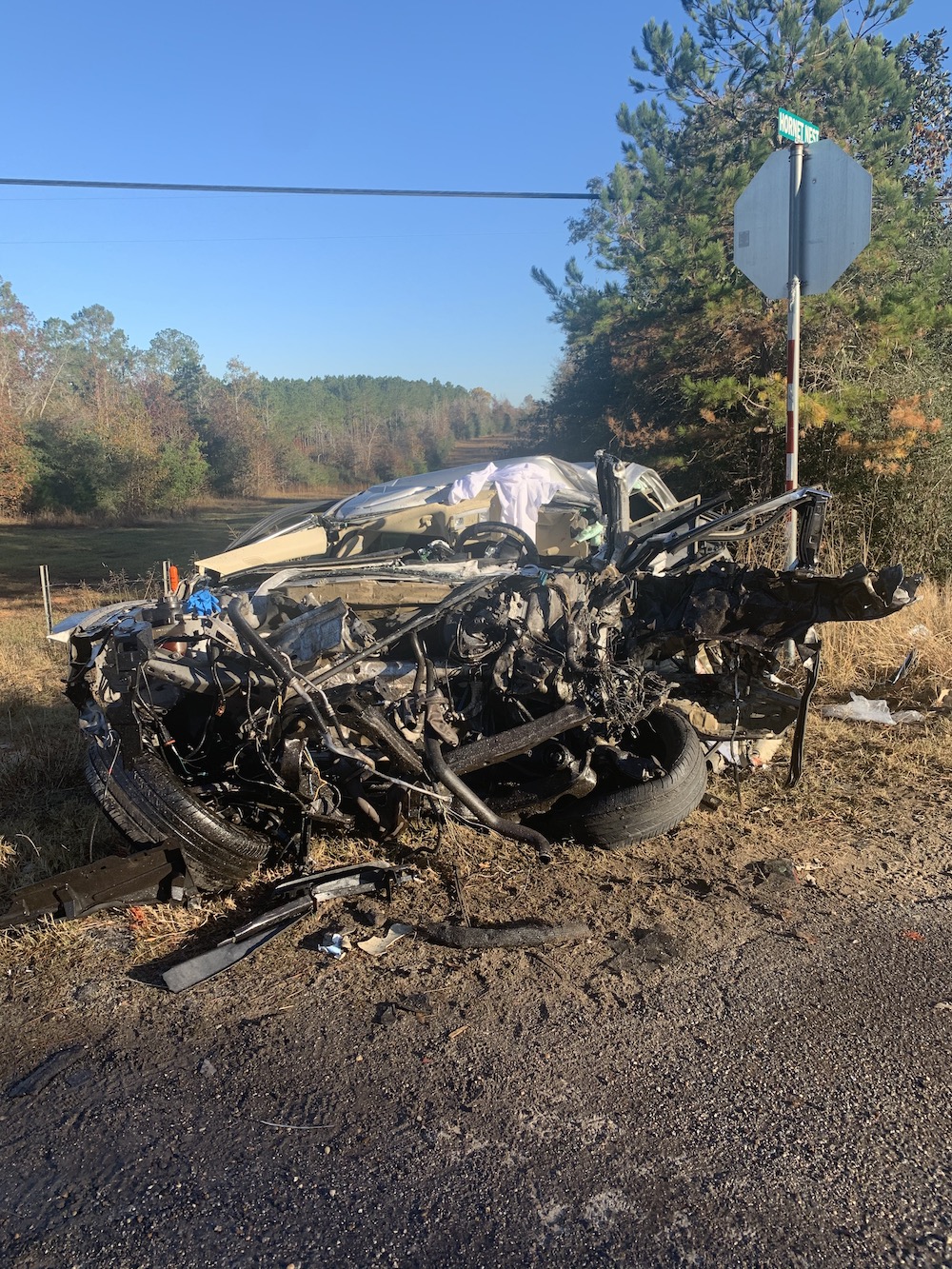 KELLI BARNES I PCE A head-on collision between a 2009 Chevrolet Tahoe and 2013 Ford Taurus on US Highway 190 east of Livingston resulted in the deaths of Michael Tobin, 55, and Christopher Hinson, 37, Tuesday morning.

Michael Tobin, 55, of Onalaska and Christopher Hinson, 37, of Livingston were both killed in the collision that took place on US Highway 190 east of Livingston. The accident took place at approximately 6:49 a.m., which caused a delay in traffic and took 3 1/2 hours to clean up.

A 2009 Chevrolet Tahoe was driven eastbound by Tobin in the outside lane, and a 2013 Ford Taurus driven by Hinson traveled westbound. Hinson started passing people in a no-passing zone and struck Tobin’s vehicle head-on.

Hinson was arrested Sunday afternoon by the Polk County Sheriff’s Office after they responded to a public disturbance call. He had a mental health warrant and also received a charge of resisting arrest.

In addition to White and other DPS troopers, the PCSO, Livingston Volunteer Fire Department and Allegiance Ambulance Service were all dispatched to the scene. The DPS is investigating the accident.