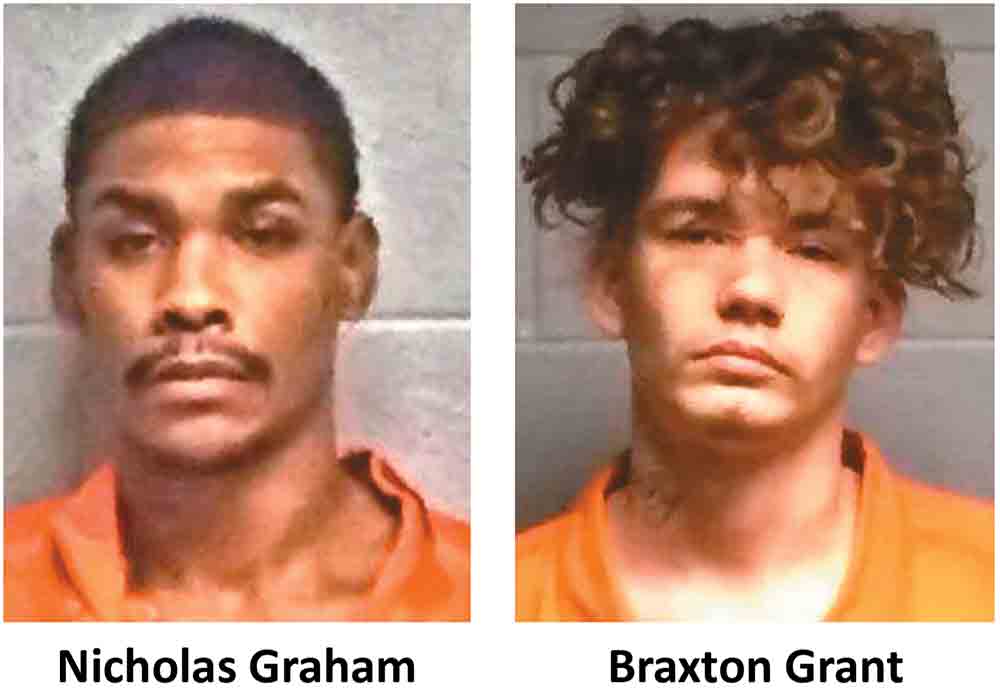 Two inmates that escaped from a contract prisoner transport bus Friday afternoon have been identified and will now face additional charges.

Initial reports were that two transport buses were on the side of the road, repairing one that had a flat tire on Highway 190, just east of FM 1276. Two inmates escaped, one of them assaulted a guard, took a weapon and ran into the woods, according to Polk County Sheriff Byron Lyons.

Nicholas Cordell Graham, 30, of Houston, has now been charged with felony escape while confined, deadly conduct and unlawful possession of firearm by a felon.

Prior to escaping, Graham was able to grab an unsecured firearm from the front of the bus. Officers subsequently located the firearm in the wood line.

Braxton James Grant, 19, of Livingston, was charged with felony escape while confined.

“They ran from the bus, and while doing so, got a weapon away from an officer and knocked him down and ran into the woods,” Lyons said. “We had backup and support officers from the DPS, district attorney’s office, (Alabama-Coushatta) Indian Reservation Police Department, and several different agencies that responded. TDC dogs were on standby, but a short time after we arrived on the scene, we got the first subject in custody. The second subject, who was in possession of the firearm, was actually caught a half a mile from here, where he’d run off into the woods and ran up on a homeowner. The homeowner found him and held him there until DPS got there and took him into custody.”