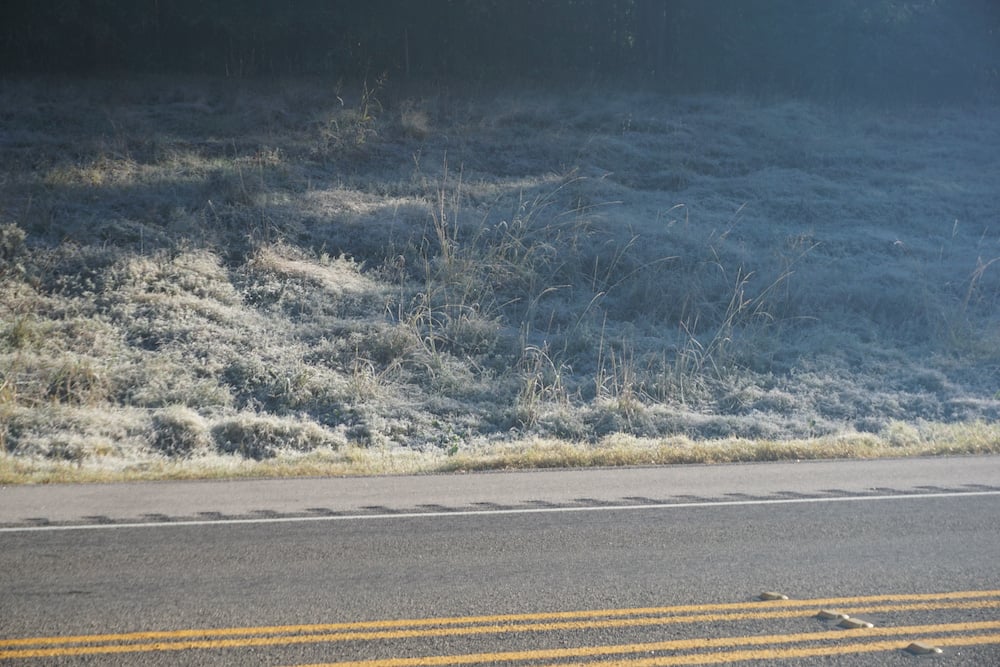 JASON CHLAPEK I PCE This stretch of land along US Highway 190 in between Livingston and Onalaska had frost on it Tuesday morning. Polk County and several other counties in Southeast Texas experienced a freeze warning Monday night and Tuesday morning.

For the first time in the fall season, temperatures in parts of Polk County were at 32 degrees Fahrenheit or below. The low for Polk County was 27 degrees in between Dallardsville and Livingston in the eastern portion of the county.