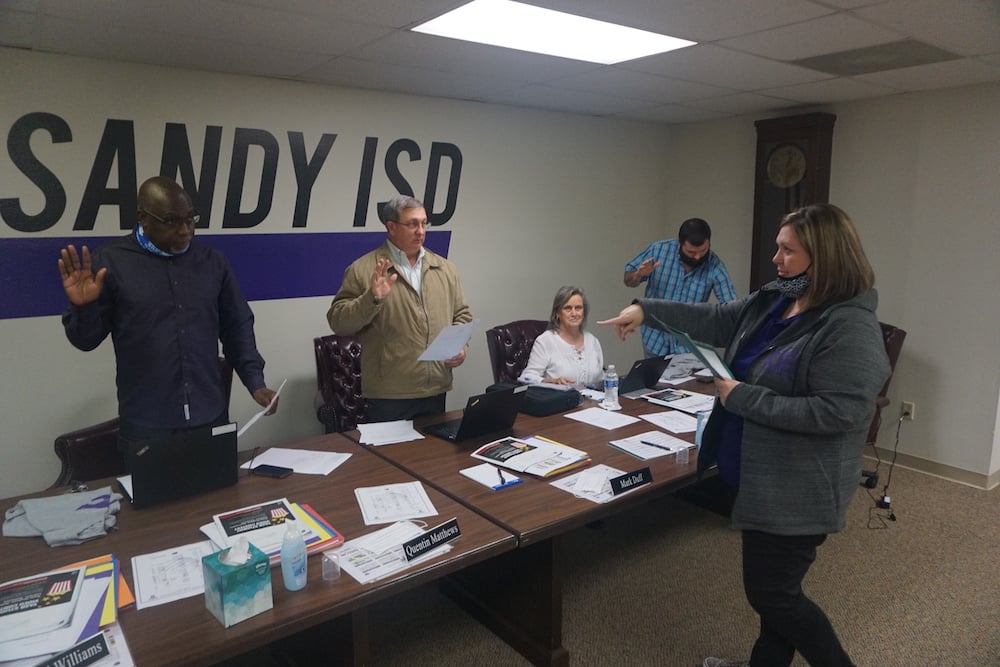 The officers on the school board were chosen as well. Darrell Murphy will serve as board president, while Sheila Neal will be the board vice-president, and Matthews is the secretary.

During the meeting, Big Sandy ISD Superintendent Eric Carpenter gave a financial report during his report. He also talked about Title I funds that the district receives.

“Covid has been our biggest expense to the tune of $200-250,000,” Carpenter said. “Getting ready for class, cleaning buses, cleaning supplies, etc. It’s just part of it. The amount of Title I funds a school receives is based on the number of kids you have on free or reduced lunch. That’s about 50% of our students.”

“One of the biggest reasons why we went back to onsite learning was we had a high percentage of distance learners who were failing,” he said. “It’s easier for students to get the one-to-one help they need when they’re in school. If they’re not checking in, you can’t help them at all.”

Carpenter also commended Senator Robert Nichols for everything he’s done for his district and other rural districts in East Texas. He’s not only a fan of Nichols, but also House Bill 3.