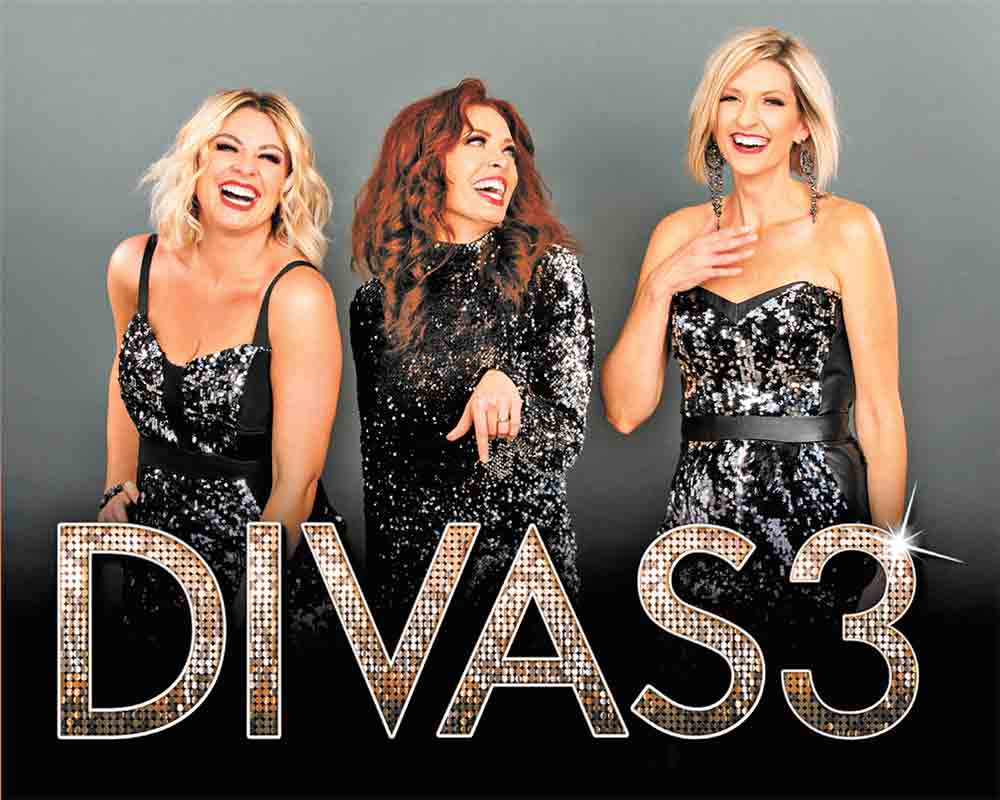 The Livingston Community Concert Association will host its second performance of the 2023-2023 Season – Divas3, a pop vocal trio with piano – at 7:30 p.m. on Tuesday at the Livingston Commerce Center located at 1017 U.S. Hwy. 59 Loop North in Livingston.

Divas3 are billed as, “A celebration of the biggest hits of the greatest divas in pop music history.

“Three powerhouse voices bring you the biggest hits of the greatest divas in pop music history. Spanning four decades of chart-topping hits from the 1960’s through the 1990’s, Divas3 covers hits by Aretha Franklin, Carole King, Celine Dion, Whitney Houston, Cher, Dolly Parton, Donna Summer and many more. Individual members of the group are known best for their starring roles in shows on the Las Vegas Strip, on Broadway and national tours, and the famed TV show American Idol. Together as a group, Divas3 has headlined hotels and casinos throughout their hometown of Las Vegas, performing arts centers across the United States, and luxury cruise ships worldwide.”

Future concerts for the Livingston Community Concert Association include: Livingston Swing Big Band Christmas Special on Dec. 1; Chester Gregory: a Tribute to Jackie Wilson on Jan. 28; and Sail On: The Beach Boys Tribute on March 21.

While tickets are not available at the concert, memberships in the Livingston Community Concert Association may be purchased for as little as $50 per person and family rates are also available. Membership will allow one to attend all concerts per season. The varying levels of membership include: Adult $50, Family $110 (two adults and children), Patron $150, Sponsor $300, Benefactor $500 and Endowment $1,000-plus. Checks may be mailed to Livingston Community Concert Association at P.O. Box 960, Livingston, Texas 77351. For additional information, contact Sally Frasier at 936-967-0219 or visit www.livingstoncommunityconcert.org.