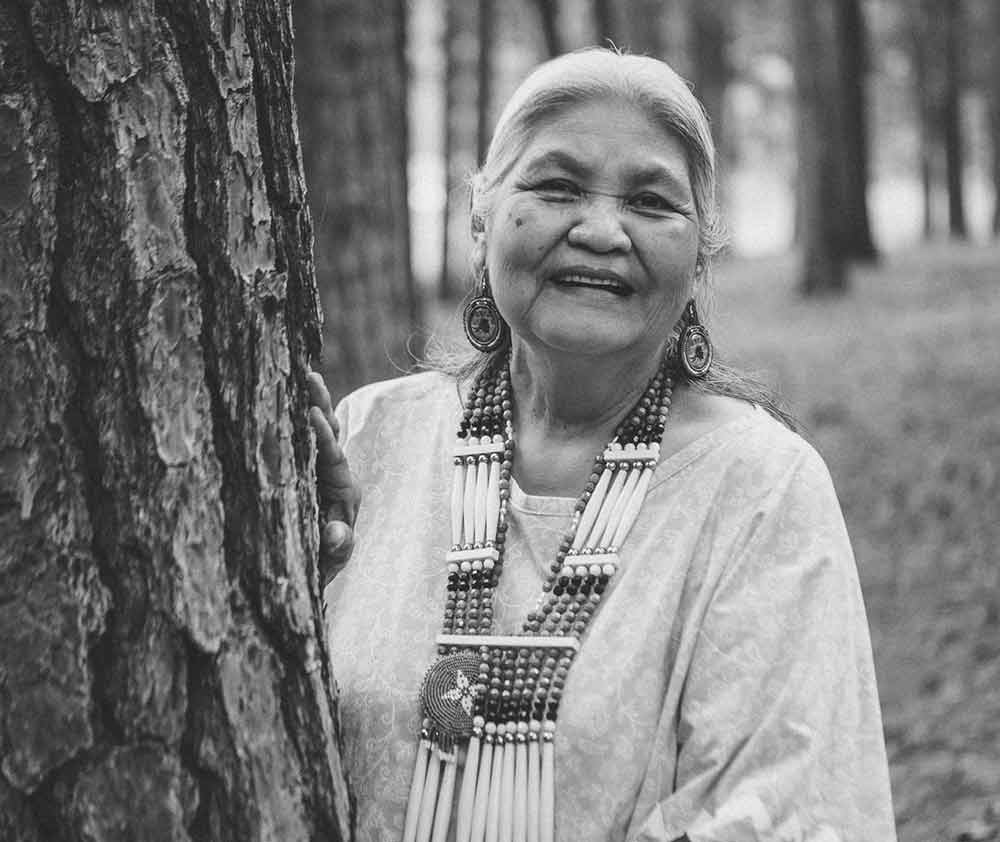 (LIVINGSTON) — The citizens of the Alabama-Coushatta Tribe of Texas have elected Millie Thompson Williams as the Tribe’s Second Chief Elect. Ms. Williams will be the first woman to serve as a Chief in the history of the Tribe, which was forcefully relocated to Texas in the 18th Century.

The Second Chief is known within the Tribe as the Mikko Istimatokla. The role of both the Principal and Second Tribal Chiefs, which serve for a lifetime, is to act as ambassadors of the Tribe and to provide cultural advice to the Tribal Council and key Tribal committees. Ms. Williams will be officially inaugurated along with Mikko Choba Elect (Principal Chief) Kanicu Donnis Battise on Sunday, January 1, 2023. The previous Mikko Choba, Herbert G. Johnson, Sr., passed away in August 2021.

Ms. Williams is a lifelong resident of the Alabama-Coushatta Tribal community and has been an educator and Health/Mental Health Coordinator of the Tribe’s Head Start Program for over thirty-five years.  She is also a Sunday School teacher at the Indian Village Assembly of God Church, leading the classes in the Tribal language.  She is a Tribal elder who is consulted for language preservation within the Tribal community.

A mother of four children and grandmother to six, Ms. Williams is humbly honored by this monumental and distinguished vote as the Tribe’s next Mikko Istimatokla, which will place her in a highly esteemed position within the Alabama-Coushatta Tribe of Texas.

“This is an absolutely historic moment for our Tribe,” said Ricky Sylestine, the Chairman of the Alabama-Coushatta Tribe of Texas Tribal Council. “We are proud of our new Second Chief and look forward to this new chapter in our story.  She will be a great leader for our Tribe, and her election will send a positive message to all of the young people in our community. The upcoming inauguration of our new Chiefs is going to be a very exciting time for the Alabama-Coushatta Tribe of Texas.”

The Alabama-Coushatta Tribe of Texas has the oldest reservation in Texas, located on approximately 10,200 acres near Livingston. The Tribe is a fully functioning sovereign government with a full array of health and human services, including law enforcement and emergency services. There are more than 1,300 members, about half of whom live on the reservation. The Tribe is governed by an elected Tribal Council and advised by the Principal Chief and Second chief.