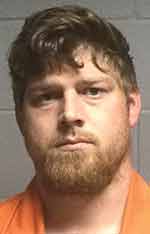 Casey Dion SmelleyA Livingston man was arrested after several people claim he took their money for remodeling work that was not finished.

Casey Dion Smelley, 29, is said to have represented himself as a contractor on home repairs. He reportedly has been hired by multiple homeowners, accepted money, then left jobs incomplete.
A woman who spoke to the Enterprise on the condition of anonymity said she has lost over $35,000 and has a bid for another $170,000 to fix what Smelley’s company left, and finish the work she wanted originally.

“He was arrested for misappropriation of funds, because he would take people’s money and he wouldn’t finish the remodel, or he would just take the money and not do the job,” the woman said.

The woman entrusted the money to Smelley, she said, because he told her if she didn’t “lock in” a price now, the job would cost double when complete because of inflation.

“That’s how he would talk people into giving him half of the money,” the woman said. “There’s about six or seven people that have come forward to the detective and told him that they got scammed by him also. He’s taken over $150,000 and there’s got to be more.”

A report from the Polk County Sheriff’s Department shows that Smelley was arrested by the Livingston Police Department Aug. 9. The charge of misapplication of fiduciary property or property of financial institution is listed between $30,000 and $150,000.

Under Section 32.45 of the Texas Penal Code, an individual commits an offense when he intentionally, knowingly or recklessly misapplies property he holds as a fiduciary in a manner that involves substantial risk of loss to the owner of the property.

“The work that he did was so bad that I’m going to have to have it tore out,” she said. “He didn’t finish one thing that he had to do. He did half of everything in each room.”