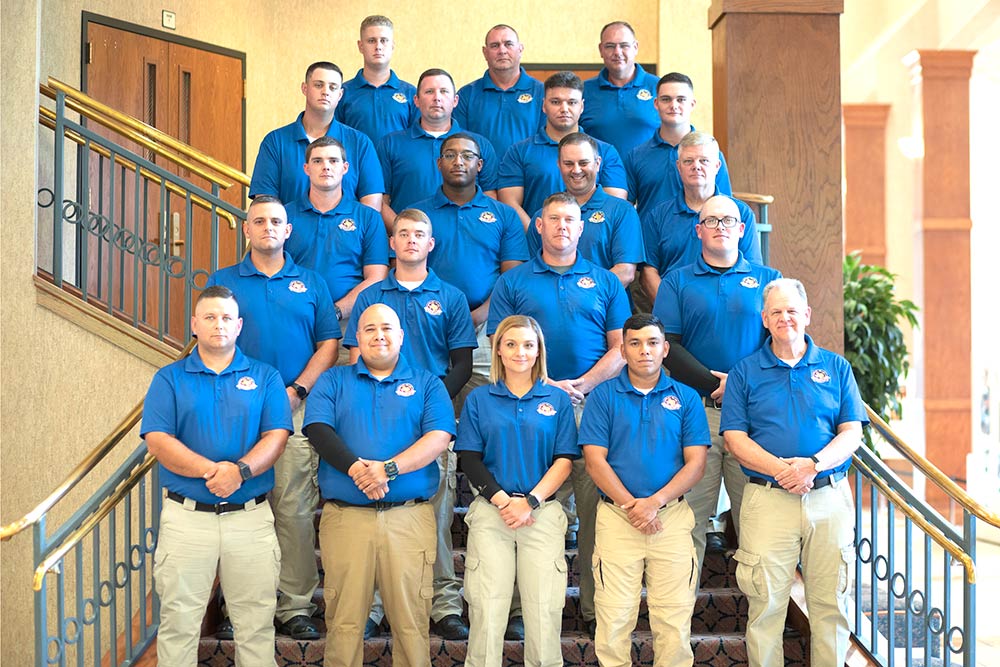 AC Chief of Police and Academy Director Doug Conn addressed the crowd of family members and other well-wishers, praising the cadets for their perseverance.

“We had good times, bad times and fun times, but that’s how it goes when you start out with 30 cadets and finish with 20 – the cream of the crop,” Conn said. “I’m proud of each of these cadets. I know they’re going to do a great job, and they’ll mean a lot to the community.”

Keynote speaker Randy Hargrove, a former graduate of the AC Academy and long-time member of law enforcement, shared a personal story of arresting a young man and taking him into an office for a heart-to-heart talk. Years later, Hargrove said, he received a message from the man letting Hargrove know he’d turned around his life all because Hargrove had taken the time to talk to him about his life choices.

“Remember that every department has a budget, so be prepared to spend your own money on the right equipment to make you successful,” Stephenson said. “Buy comfortable shoes. You’re going to need them. Most of all, don’t bring your work home with you. Your families worry enough about you already.”

Valedictorian Lourens Jackson, a native of South Africa, told of watching the events of 9/11 unfold, and how seeing the way police officers performed inspired him to move to America to pursue his own career.

Angelina College was issued a license to operate a police academy in 12 East Texas counties in September of 1993 by the Texas Commission on Law Enforcement (TCOLE). The academy offers basic and in-service training courses at sites throughout Deep East Texas with the assistance of an advisory board, which assists in directing the academy.

For information on the AC Police Academy, email This email address is being protected from spambots. You need JavaScript enabled to view it..