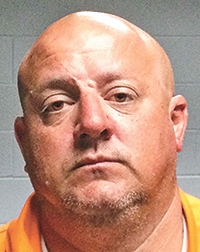 Detectives began an investigation after a female child made an outcry of being sexually abused by Bennett, on more than one occasion at his home.

The child was forensically interviewed and taken to St. Luke’s Health – Memorial Hospital, where exams were administered.

After further investigation by detectives, an arrest warrant was obtained May 17, for the arrest of Bennett. The following day, he turned himself in to the Polk County Jail and was later released on a $50,000 bond, with conditions of a protective order and other bond conditions protecting the child from further contact.

Those with information on this case are asked to contact the Polk County Sheriff’s Office Criminal Investigation Division, at 936-327-6810.