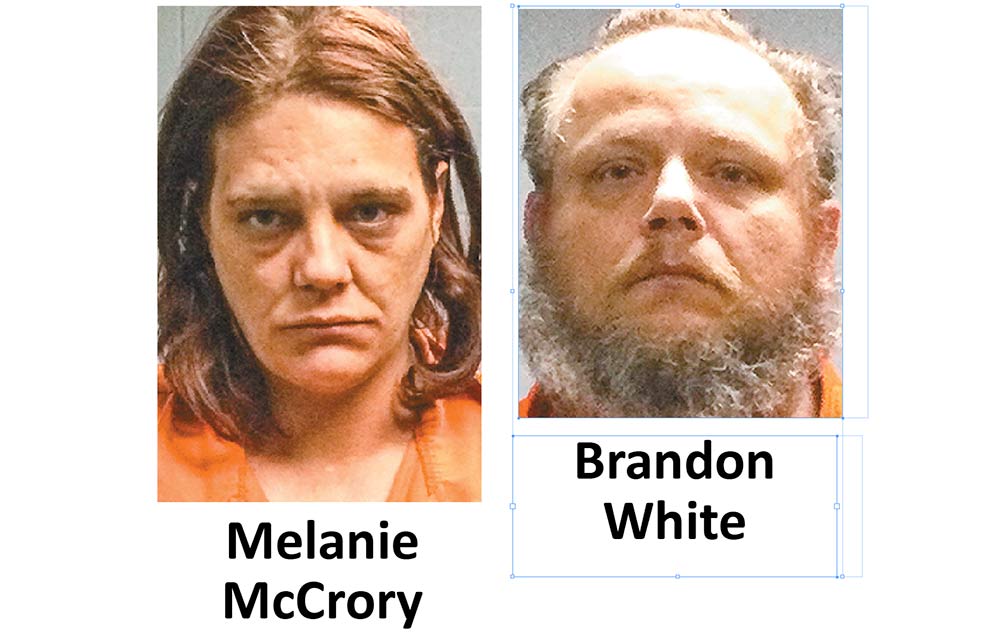 A Livingston woman and Dayton man have been arrested on charges of engaging in organized criminal activity-obstruction or retaliation and false report to induce emergency response after multiple incidents involving the two last week.

The Livingston Police Department received a 911 call Feb. 4 around 1:30 p.m. stating that an unknown male was around Banks Drive with a pistol equipped with a silencer. The caller stated that the unknown male had entered her immediate neighbor’s residence.

According to police, the caller stated that a female lived there with her children, and she was concerned not only for the neighbor and her children, but for herself as well. Livingston officers were dispatched to the area when a second 911 call came into the department from a different caller who stated the same as the first report. The caller wanted a welfare check, also stating the subject had the pistol in his hand walking around and causing concern. The caller stated the unknown male had entered one of the apartments.

Officers arrived on scene and went to the apartment described by the 911 callers. They observed several unknown individuals, one of which was wearing a holstered pistol equipped with a silencer. Officers attempted to talk to the occupants of the apartment, inquiring about the silencer and what was happening.

After a short time, officers recognized the occupants were recording and had set up a camera in the apartment window. During the investigation, officers recognized two of the individuals in the apartment as Melanie Renee McCrory, 39, of Livingston, and Brandon Michael White, 38, of Dayton, Tx. Officers determined that there was no threat to anyone and that these individuals had created the panic in the residential district to have police respond so they could be recorded for their social media channels. Officers then left the scene.

Simmons went to his vehicle and positioned it behind the suspicious vehicle. He then approached the vehicle and attempted to talk with the driver’s seat occupant, who replied in Spanish. The officer waited until Reyes arrived, who then began communicating with the subject in Spanish. Due to the suspicious circumstances and possible threat of an assault or other criminal activity, Simmons attempted to identify the subject, but he repeatedly refused. The occupants became more hostile toward officers. Officers observed that at least the individual in the driver’s seat was still wearing a ballistic vest loaded with ammunition, making quick hand movements and shining a flashlight in the officers’ eyes, which appeared to be attempts to escalate the incident. While this was going on, officers recognized White in the back seat of the vehicle. Law enforcement again realized that this was a staged event to record the officer’s response and for the individuals to post on their social media pages. Upon realizing this, officers disengaged with the individuals.

Officers completed reports in both cases, which were assigned to detectives for investigation. On Feb. 9, McCrory and White were both arrested on warrants for engaging in organized criminal activity-obstruction or retaliation (F2) and false report to induce emergency response (MA). The investigation is ongoing.