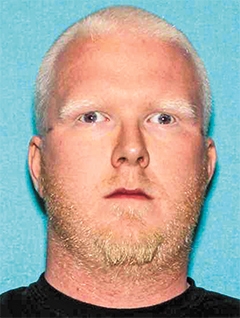 Benjamin Lee BrownLaw enforcement has arrested another suspect in the burglary of a business last week that left one suspect dead.

In the early morning hours of Dec. 8, the Polk County Sheriff’s Office responded to a shooting in the 10200 block of U.S. Highway 190 West in Livingston.

At that time, it was believed that the owner of a business confronted three suspects who were burglarizing the business. Joshua Read, 37, of Houston was fatally shot by the property owner.

On Dec. 14, the Polk County Sheriff’s Office filed additional criminal charges in connection with that burglary. Detectives identified the other suspect as Benjamin Lee Brown, 31, of Conroe.

Detectives obtained a warrant on Brown for burglary of a building and he was subsequently arrested with the help of the Conroe Police Department Narcotics Division.

Brown is also being held on unrelated charges out of Louisiana. Additional charges in the incident on Highway 190 are being considered by the Polk County Sheriff’s Office and district attorney’s office, pending completion of the investigation.