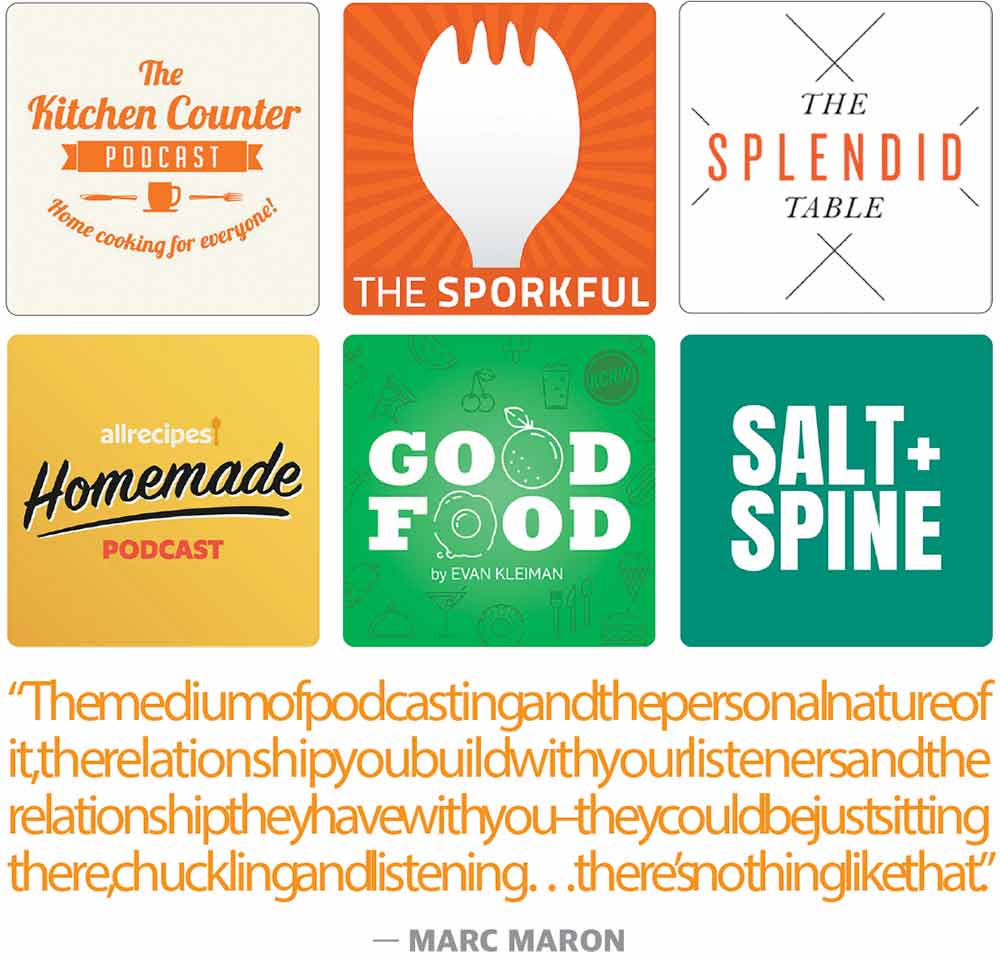 Ive never been a fan of books on tape. While I think it’s a great idea, I find that I’m just too easily distracted. I’ll catch myself thinking about something random and then realize that my mind has wandered and I haven’t been paying a bit of attention.

Podcasts, however, are a different story altogether. I absolutely love podcasts. I guess I discovered them three or four years ago and had a few I would listen to sporadically. However, last year during the pandemic when we were trapped in our homes with what seemed to be an inordinate amount of time on our hands, I really doubled down and listened to far more podcasts than I can count.

For me, podcasts hold my attention much better than books on tape. I think it’s the informal nature. Plus, once you get to know the host of the podcast, he or she seems to become a new friend and it’s like carrying on a conversation. I find myself not only laughing out loud at the occasional joke but also answering their questions and attempting to converse with them. And podcasts aren’t as much of a time commitment. Some of the shortest ones I’ve listened to come in around 20 minutes. The longest one that I’m a fan of usually runs an hour and a half and I typically break that one up into two or three separate sessions.

I typically listen to my podcasts in the morning while fixing my face and getting dressed after I’ve gotten out of the shower. I also listen to them while I’m making the bed, cleaning the kitchen or even cooking.

This week I’m going to tell you about my favorite cooking/food-related podcasts and even share some of my favorite episodes in the event you’d like to dip your toes in the water.

The Kitchen Counter Podcast, according to its website, is “a place where homecooks of all skill levels can find tips, inspiration and interesting conversations with other cooks and food lovers alike. Whether your goal is to eat healthier, become a better recipe improviser or just figure out how to make the best homemade mac and cheese in the world, I want to help you get there.”

It’s hosted by Roger Anderson, who said, “I’ve been a home cook for 25-ish years or so. I truly believe that learning to cook, and doing it as regularly as you can, is one of the single most important things you can do for your health, sanity and wallet.”

Dan Pashman is the James Beard and Webby Award-winning creator and host of The Sporkful Podcast and according to Dan, “It’s not for foodies, it’s for eaters. Each week on the show, we use humor and humanity to approach food from many angles, including science, history, race, culture, economics and lengthy debates on the best way to layer peanut butter and jelly in a sandwich.” You may be familiar with Dan from Cooking Channel’s You’re Eating It Wrong, which he also created and hosted.

My favorite episodes are: Pati Jinich Can Read Your Fridge Like A Tarot Card; How Dr. Jessica B. Harris Redefined American Food; In Search Of Rosa Parks’ Pancakes; Celebrating Other People’s Holidays; Free Ice Cream For Science!; and LeVar Burton Even Reads Recipes Dramatically.

The Splendid Table Podcast, hosted by award-winning food writer Francis Lam is a culinary, culture and lifestyle program that has hosted conversations about food culture, eating and cooking for more than two decades.

According to its website, “Listeners get a modern, multicultural weekly snapshot of the food world – exploring different cultures, cuisines and ideas. You’ll hear conversations with chefs as well as home cooks and the small personal stories that come out of the expansive world of the table.”

The Splendid Table frequently visits with the test cooks at America’s Test Kitchen to discuss a wide range of topics including recipes, ingredients, techniques and kitchen equipment.

On Allrecipes’ Homemade Podcast, Hosts Sabrina Medora and Martie Duncan talk with celebrated cooks of all stripes and reveal the memories and traditions behind their favorite foods.

“Tune in for nostalgia, banter, and stirring questions as Allrecipes gets to the heart of what cooking means to our guests,” the website states.

A couple of others that I occasionally listen to are KCRW’s Good Food by Evan Kleiman, which shares Kleiman’s taste of life, culture and the human species, and  Salt + Spine, which according to its website, “We tell the compelling stories behind cookbooks you won’t get anywhere else. Featuring interviews with leading authors, we explore the art and craft of cookbooks, looking at both new and vintage cookbooks.”

I listen to my podcasts through an app on my phone called TuneIn Radio.  But most of these may be found on Stitcher, Apple, Spotify, PlayerFM, Amazon Music or wherever you listen to your other podcasts.