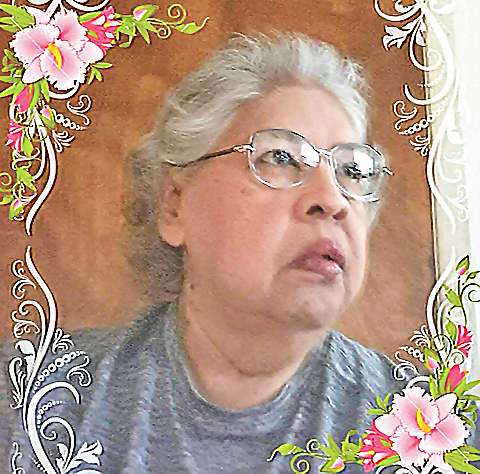 The Alabama-Coushatta Tribe of Texas, with great sadness, announced the pasing of Carol Sylestine Battise Monday after a brief illness. Wife of Second Chief Donnis B. Battise, Mikko Istimatokla, Chief Kanicu, she was born on the Alabama-Coushatta Indian Reservation in Livingston on Dec. 16, 1950 and was a member of the Turkey clan.

Carol attended public school in both Big Sandy and Livingston and was an alumnus of Livingston High School, graduating in 1969. She was an avid sports fan, participating in bowling, basketball and the lady’s softball team, the Herbies.

Always a leader for her people, Carol was the first female elected to the Alabama-Coushatta Tribal Council in June of 1980. She served as both a member and officer of the council. After serving one term she worked for the tribe in numerous capacities — in the tribe’s tourist complex in its earliest days and as the tribal enrollment officer and community health representative for the Chief Kina Health Clinic, where she was a charter member of the staff and later retired in 2015. During her employment, she was awarded Female Employee of the Year.

After retirement, she enjoyed doting on her numerous nieces, nephews, great nieces and great nephews whom she loved deeply. Carol relished in making traditional crafts, serving as an elder in the Indian Presbyterian Church and attending numerous events with her beloved husband as a tribal ambassador.

Services for are pending.