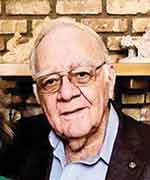 By Horace McQueen
This email address is being protected from spambots. You need JavaScript enabled to view it.

Nero Fiddles and Rome burns!  Such a fitting comparison to the headlines of today! Protestors continue marching, burning, looting and raising Hell in general. And too often the weak spineless politicians are afraid to challenge the protesters. Once statues come crashing down that are not “correct” in the eyes of the rabble rousers, what next?

One Houston reactionary advocates tearing down the huge statue of Sam Houston that graces I-45 and old Highway 75 near Huntsville. And all roads, streets, highways, byways, schools, other public buildings that bear names of our leaders from generations ago are in the target zone. Just think about this! If not for the leadership of slave owner Houston at the battle of San Jacinto, Texas today could be a part of Mexico.

Reckon what the “tear ‘em down” morons really know about our history—not a whole lot! Teachers must spend a lot of time “teaching to the test” and not teaching our youngsters the history about the building of this great nation. Reckon how many high school students know that the Washington monument was built by contractors (all Yankees) using slave labor. Or that the Inca and Mayan temples in Mexico and Central America were built by slaves. Those who need a cause to destruct property should join the U.S. military and head across the water to where real battles are being fought by REAL AMERICANS.

No more Six Flags Over Texas featuring the flags that have flown over the Lone Star State. With all the protests against anything Southern, the Six Flags owners removed the six flags that have flown over the tourist attraction since 1961. Destined for the burn barrels are the flags of Spain, France, Mexico, the Republic of Texas and the Confederacy. Only the flag of the United States will be waving henceforth at Six Flags. A Six Flags spokesperson said owners wanted to feature that which “unites us rather than divides us.”

What a mess, man-made and no end in sight. Lord, bring us leaders with common sense and the backbone to bring us together!