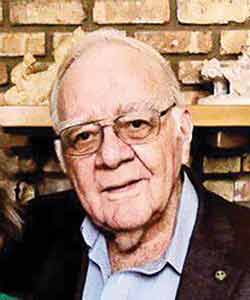 Voting for directors of local cooperatives is often overlooked by the member-owners. The co-op is supposedly owned by the members, but a wreck can come when members don’t vote. More than 70% of our electric co-ops have less than 10% of eligible members voting in director elections.

Then we wonder why so many of those boards seem entrenched, with few new folks elected. The same members continue to serve on many electric co-op boards—with the present directors using their positions to reelect the same board members. One blatant policy of many co-ops is the use of proxy voting.

Here in Texas, many electric co-op boards encourage members to designate their vote to the sitting board of directors. That often leads to incumbent board members using the proxy voting scheme to protect their own seats. Some boards use their director nominating committee to simply nominate present board members—rather than offering voters choices for the positions. Another problem area is that sometimes local news media turns a blind eye to questionable practices by a co-op board.

When a local electric co-op spends a lot of dollars advertising in local news media—radio, television and newspapers-- sometimes mismanagement problems at the co-op are overlooked. Just remember that local co-op belongs to the member owners—so exercise your vote!

Most cattle raisers have been confronted with the problem of a new calf that refuses to nurse. Sometimes it’s a cow that refuses her calf—sometimes it is the hardheaded calf that has no use for mama. Recently our son, who has a ranch near Bonham, had a newborn calf that refused any attempt to nurse his mother.

Someone told him about a maneuver called a “Madigan Squeeze”. This simple method involves a rope in fixed loops around the neck and chest of the calf. With the calf laying down, apply gentle tension on the rope and then squeeze the calf for 20-minutes.

Our son said it was like giving CPR to the calf. After 20-minutes, the calf bounded to his feet and headed to his first drink of milk at his mothers’ udder. I looked up the Madigan Squeeze on the internet and printed out directions for rope placement. It may not work 100% of the time, but it’s sure worth trying!

An ad in the “Livestock Weekly” publication was attention getting. “Experienced ranch hand needed. Must ride, rope, horseshoe, feed and medicate horses and cattle. Must weld, build fence, repair drinkers, operate heavy equipment and do stucco and masonry work.” Reckon how many job seekers could qualify for all the “wants” the rancher has specified?