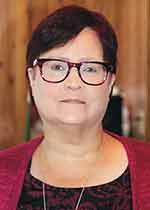 Thursday, September 8, brought news of global proportions from across the pond with the passing of Her Majesty Queen Elizabeth II at Balmoral in Scotland.

Personally, I have always been fascinated with the coming and goings of the British Royal Family. I have read numerous books about almost everyone, including most recently, the story of Edward VIII’s abdication to marry the woman he loved; this set in motion the chain of events which would put Elizabeth on the throne.

I know I am not the only person who was beginning to feel that the Queen would live for many more years (her mother lived to be 102), so when news came that she was under medical supervision and family members were rushing to her bedside, that was not a good sign. Sure enough, around 1:30 (6:30 London time) came news of her passing.

Elizabeth reigned for a phenomenal 70 years, 214 days. Her platinum jubilee was celebrated in July, with much fanfare and celebration. She became queen at the very young age of 25 in the days before television, cell phones and the internet were commonplace. In 1947, then Princess Elizabeth made a vow to her country. “I declare before you all that my whole life whether it be long or short shall be devoted to your service and the service of our great imperial family to which we all belong.”

Her son, now King Charles III offered this tribute: “My mother’s reign was unequaled in its duration, its dedication, and its devotion, even as we grieve, we give thanks for this most faithful life.” He also praised his dear Mama and sovereign as “one of the most admired women who ever lived, her devotion to duty unwavering.” Two days before her passing, she met with newly appointed prime minister Liz Truss at Balmoral; Truss was her majesty’s 15th prime minister during her long reign. Even in her last few hours upon this earth, she was serving her country and performing her duty as Queen.

Queen Elizabeth won praise for modernizing the monarchy and proved to be a very polarizing figure on the world stage. She had a total of 15 prime ministers under her watch, and she met 13 out if the last 14 American presidents. Queen Elizabeth was particularly fond of John F. Kennedy and his wife, First Lady Jacqueline Kennedy, and mourned his death with the rest of the world in November 1963.

I have found myself glued to the television and laptop since her passing, taking in all the history and pageantry that unfolds from day to day. The images are somber and moving. Seeing her coffin moving through the streets of Scotland, people lining the route to get a glimpse of her funeral cortege is heartbreaking. The enormity of it all has finally sunk in; the queen is dead, and England has a new monarch. This is definitely a once in a lifetime event for most Britons and being able to see all the pomp and centuries old traditions carried out live as they happen is indescribable. When King Charles III gave his first speech, I could see the grief etched on his face. “My mother was a constant presence in a changing world”, and at his ascension council he further added that “I am deeply aware of this great inheritance and the duties and heavy responsibilities of sovereignty which have now passed to me.” Prince William, now heir to the throne commented that “my grandmother famously said that grief was the price we pay for love. She was by my side at my happiest moments, and she was by my side during the saddest days of my life.” William’s brother Prince Harry offered a remembrance of his grandmother: “We are all reminded of the guiding compass she was to so many in her commitment to service and duty. She was globally admired and respected.”

I cannot wrap this up without a quote from Elizabeth herself: “We are all visitors to this time, this place. Our purpose here is to observe, to learn, to grow, to love…and them we return home.”

I do not believe we shall ever see again in this lifetime another like Queen Elizabeth. She was the one constant in an ever- changing world. She belongs to the ages. In the end, all I have to offer is an old cliché, Well Done Thy Good and Faithful Servant.

God Speed Your Majesty, you will be missed, but never forgotten.